I'm repressing my memory of Freud 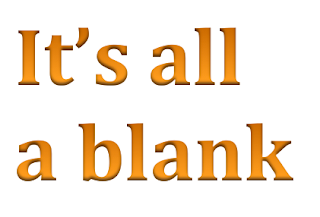 I've been reading a lot on psychology recently for a book I'm writing and was fascinated to discover just how much doubt there is about the whole business of suppressed memories.

The idea that we can find memories so horrible that somehow the brain will edit them out has no scientific basis in origin, coming from the work of Freud and his ilk, who simply made things up as they went along. Freud's work has largely been removed from the the scientific viewpoint, but the idea of repressed memories got left behind. It's time we forgot it.

To make matters worse, we now know that processes like hypnosis are quite good at implanting fake memories. So when a 'therapist' tries to regress someone to get to memories that have been suppressed - of child abuse, say, or alien abduction - instead of getting to hidden memories what they are doing is constructing new ones. There are fascinating experiments where by simply being told a convincing story repeatedly even individuals who are not hypnotised can begin to incorporate these stories (a typical one is about getting lost in a shopping mall as a child) into their memories and treat them as 100 per cent real.

Even when an individual originally claims to have no memory of traumatic event that was known to have happen, all the evidence is that they are consciously failing to report it, because they find it embarrassing or don't want to be disloyal to someone else, not because their brain had decided to lock the memory away.

So please, fiction writers, stop making use of repressed memories - they are even less likely than that creaky old favourite of soap operas, amnesia. At least there are good examples of that happening, but not of repressed memories. It's as much the invention of the imagination of unscientific analysts as were Freud's lurid interpretations of dreams.