Why steal a review?

March 18, 2015
I write a lot of science book reviews, both for magazines and for www.popularscience.co.uk, and I do also put them on Goodreads and Amazon. The other day I got a couple of contacts from Goodreads users, pointing out that someone had copied one of my reviews and published it as their own on their blog. (Thanks to Russa04 and Brendan Schrodinger.)

I couldn't go the blog in question, which had been switched to private, presumably because of complaints, but my informants pointed out that it was still available using the Google cache and low and behold when I went to http://webcache.googleusercontent.com... I found the page shown here: 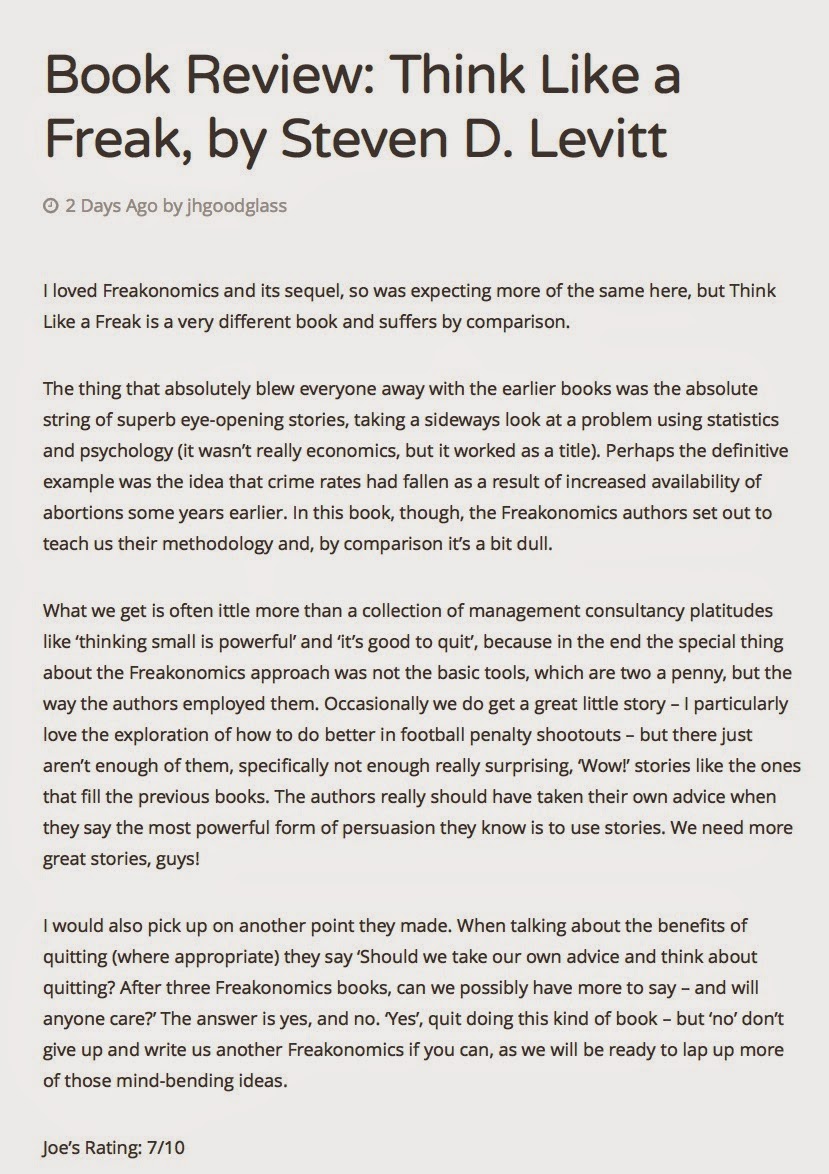 Which certainly does bear a striking resemblance to my own review (written 6 months earlier): 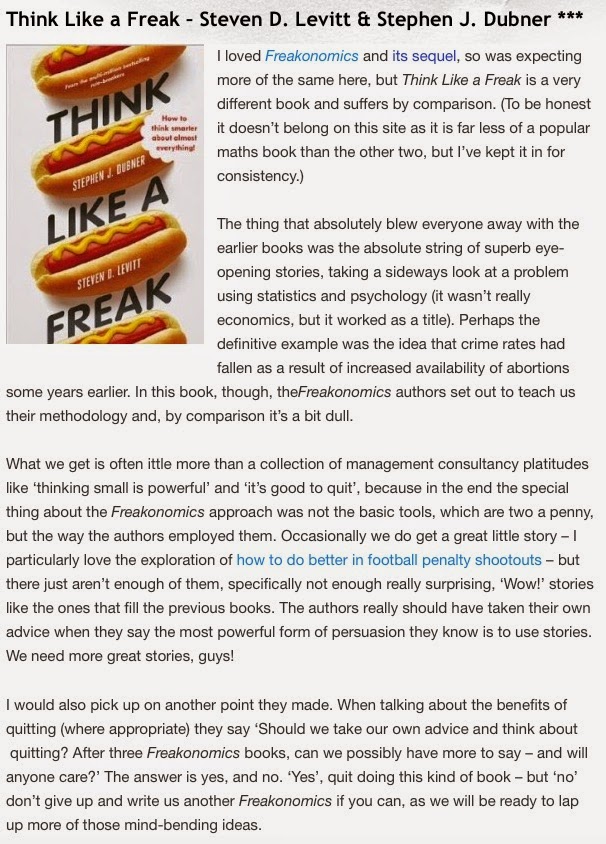 Which I guess demonstrates that the internet is a dangerous place to resort to plagiarism. But I'm still puzzled. Why bother? Simply to pack out a fairly random website that mostly has music reviews? It seems unnecessarily hard work.

Here's how to do it, Joe Goodglass. Just read a book and write about it. It's not that hard, really.