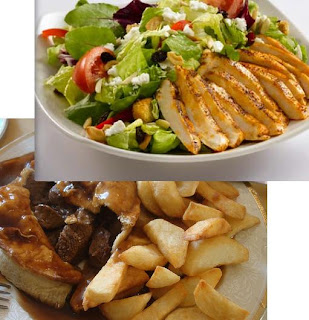 I've just heard on the radio that the divergence of life expectancy in Sheffield between the best off and worst off has now increased so much that it differs by 17.9 years. Those with the best life expectancies will live for nearly 18 years longer.

The presenter was appalled. 'Surely,' he said, 'this can't all be down to lifestyle.' I don't think it is - but I didn't find the expert's response particularly helpful. 'No,' he said, 'what's happening is that well off people are moving to better areas and you are getting well off people all living together and poorer people all living together, and this is bad for both of them.' This may well be true, but I'm not sure it's an answer to the presenter's question.

Firstly, I think he underestimated the power of lifestyle. There really is a big lifestyle difference in this country between different strata of society, both in terms of eating healthily and taking exercise. When you're doing heavy manual labour all day you need a fairly calorie rich diet, and you don't need to take extra exercise - but that culture seems to be maintained even when the manual labour isn't. It isn't a caricature in many households that diet and exercise reflect social position - and this has a very significant impact on life expectancy.

The second cause, I'd suggest, is lack of control. There was a classic study of civil servants from the very top to cleaners. Traditionally you would expect those in positions of high responsibility to be more stressed and to suffer from more stress related illness. In fact it was the other way round. The more control you had in your job, the less stress you were under, despite all those difficult decisions and extensive responsibility. Being in control of your life has a major impact on your wellbeing, and life expectancy. Particularly in times of recession, this magnifies the difference between the rich and the poor, the employed and the unemployed.