Are modern gadgets denying us the geeks of the future? 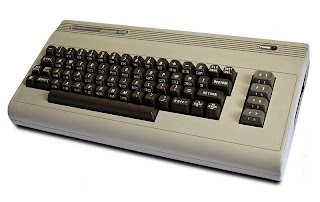 According to the assistant director of research at Cambridge University's computing lab, modern gadgets are endangering the survival of computing geekdom.

When I was lad, my first computing experience was punching cards by hand, which we sent off by post to a computer in London, and then about 10 days later you got back a piece of paper saying you had made a mistake. Like many of my generation that were quite heavily into computing I started off with the Basic programming language, which came built-in with any self-respecting home computer. This was certainly true of my first home computer, the Commodore 64 (illustrated). Although I did professional work in NELIAC (don't ask), APL and C, my DIY computing moved on to Visual Basic - again something usable without a lot of expertise, but producing real Windows programs. (In my opinion this peaked with VB 3, in terms of having enough usability without getting too technical for an amateur.)

But now, the argument from Cambridge goes, equipped with their iPhones and inpenetrable Windows or Mac OS computers, the ordinary teenager hasn't a hope. To make matters worse, this 'sealed' technology makes it hard to understand what's going on inside, so we've got technically illiterate people using the technology.

I can see Dr Harle's point, and it would be good if people had a better understanding of technology, but I'm not sure his argument provides the whole picture. Even back when I was programming professionally I didn't really have much of a grasp of hardware, and didn't much care how it worked as long as I could get it to do what I wanted. And those modern environments make the computers (and in the end that's what an iPhone is) much more usable for the actual customers. So I'm not sure I can argue against them.

What's more, the non-techie person who wants to produce something of their own has a whole new development world in blogs and websites, a world that to me is more wonderful than the ability to program something to play Space Invaders or print "Hello World" repeatedly on the screen.

I don't think things are so bad after all.
computers IT programming