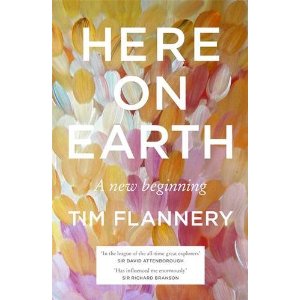 Game theory is a fascinating subject. The idea that you can, in some sense, simulate serious and important issues through games where rewards and punishments parallel our interface with reality is remarkable - and there is no doubt that games like the Prisoner's Dilemma offer real stimulation for the mind.

However, you have to be careful how you use game theory - and I came across a prime example of getting it wrong today.

I've just read the book Here on Earth by Tim Flannery for review. In it, he describes an exercise where a United Nations style response to climate change was simulated. In the game, each participant (one per nation) was given 40 Euros. The game had several stages, and at each stage the participants (in smaller teams) had the choice to contribute a small amount, a larger amount, or nothing. At the end of each round, the players kept any cash that was left over as long as their group hit a certain target. The aim was to raise enough money to conquer climate change, and the simulation didn't hold out much hope for the world, as far too many people held back until it was too late.

But here's the thing. Let's look at the simulation itself as a meta-game. Players were given a sum of cash. The reward for witholding payment, if they got the strategy right, was real money. The punishment for not spending the money was a disaster in the game. Nothing happened in the real world. So why wouldn't they withold cash strategically if they were acting logically?

I have this real problem with role play type games of this kind. I used to have to play them in management training exercises at British Airways, and my attitude was always to find a way to win the meta-game. Instead of thinking within the scenario of the game, think within the hotel room (or wherever it was played) and find a way to subvert the game. Usually it was much easier to win this way. I have a huge amount of sympathy with Jim Kirk in the recentish Star Trek movie, who is just about to be court martialled for doing exactly the same thing when all hell breaks loose - playing the meta-game rather than the fake scenario. It seems the sensible thing to do to me. I know a lot of people see it as cheating, but I think they miss the point.

So, yes, do use game theory to its best advantage, but don't turn it into a role play, because people can always think outside of the game - and some definitely will.