Why the monarchy has to change 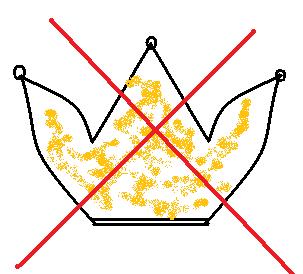 I'm neither a mad monarchist nor a rabid republican. I have no interest in royalty, but I think the associated pomp and circumstance does bring us good tourist income - and I'm not particularly worried about getting rid of our royals entirely. Apart from anything else, having a hands-off head of state strikes me as a good thing. It's just confusing when a country has a prime minister and a president, both highly active in politics.

However, the upcoming wedding has got me thinking about the viability of the current setup. It really needs to change. A small point is primogeniture. The idea that any male should inherit ahead of his older sisters is just ludicrous and needs to be done away with immediately. But there are two other, bigger elephants in the room.

The first elephant (think ears) is Prince Charles. I'm sorry, this ageing homeopathic organic biscuit seller and woo supporter is not someone I would like to see on the throne - and going on the polls, I'm not alone. If he doesn't voluntarily offer to give up the job, we need some quick legislation to prevent his accession.

But longer term there's an even bigger problem. The worst thing about our present royalty is the idea that one family should hold the position for ever. This has no historical precedent - we've always had evolutionary forces acting on our royalty before. When the ruling family started to get weak another family would simply butcher them and take over. But this isn't likely to happen any more. We're stuck with the same bunch as they gradually become less and less viable.

I seriously believe we ought to find some way to elect our monarch rather than rely on dubious breeding stock. Perhaps Andrew Lloyd Webber could be persuaded to lend us the format used to select stars for West End shows via TV spectaculars as a way of winnowing down the possibles and coming to an answer. Or we could resort to more traditional means - lock all the candidates in the Big Brother house, but rather than evict them, it's the one that's left alive that takes the throne.

Okay, maybe those mechanisms aren't quite right - but we have to change the process somehow.