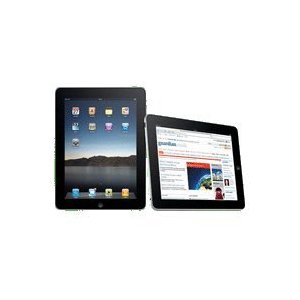 Sorry if you hate multimedia - it is just turning out to be one of those weeks.

According to the Bookseller, there has been a report published that says that just because people buy iPads they don't necessarily read ebooks. Apparently 40% of owners have not read a book on the device and 45% say that instead they read ebooks on PCs or Macs.

Apart from the rather confusing combination of numbers, I think the first statistic isn't entirely surprising. To start with, a lot of people, even iPad users, still buy paper books. I think it's interesting to put the hype about ebooks into perspective that last year sales of consumer ebooks in the UK amounted to £16 million out of a total book market of £3.1 billion. Now admittedly that's growing fast - it was just £4 million the year before - but it's a still a very small piece of the market. So I suspect some iPad owners simply prefer to read from paper in many circumstances. Others simply won't be book readers at all. Plenty of people play computer games without doing much reading - and the iPad is, at heart, an electronic toy for grownups. A wonderful toy, you understand, but a toy nonetheless.

I do, however, find the second statistic remarkable. I've read ebooks on a computer, on ebook readers and on iPhone/iPad - and the iPhone/iPad interface is so much more natural and pleasant to use than the rest. Yes, you might access a bit of an ebook on a PC or Mac to use as a reference for something you are working on, but why would anyone sit down to read a book cover to cover on a PC screen when they own an iPad? I think that number needs greater investigation.

What the article doesn't point out is that that if 40% don't read ebooks on their iPads, 60% do - which is still quite a lot of people. At the moment I'm a rather on the fence. When my iPad finally arrives I will certainly try out ebooks. I do currently use them occasionally on my iPhone, particularly when I'm stuck somewhere with nothing to do. But I like having the physical items to browse on the shelf, and I like the reassurance they will still be there in 20 years time or more (I have books on the shelf that were bought 100 years ago by my grandparents

If you aren't the kind of person who gets rid of all their books once they've read them (and many do), then ebooks can't help but feel a bit ephemeral. Admittedly I don't keep all the books I buy, but the rest I resell on Amazon Marketplace. Can I do this with my ebooks? I'm inclined to think I'll end up with a hybrid mix of the two, but it's the paper books that I'll treasure the most.