Is there a law of the excluded middle? 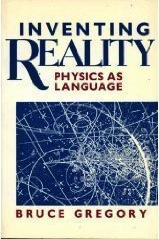 I have just finished reading the excellent Inventing Reality for review, a great book that both outlines the essentials of physics and looks into what physics is really doing. It has a fascinating argument about the law of the excluded middle, which I just have to pass on.

Bruce Gregory uses a simple, and apparently non-tricksy statement as an example. Here's a conjecture: 'A woman will never be elected president of the United States of America.' Is that true or false? As Gregory says, 'if we insist it must be one or the other, we seem to be committing ourselves to a future that somehow already exists, for the truth or falsity of the statement depends on events that have not yet occurred.'

Just think about that for a moment. We can certainly say it is very likely that there will be a woman president elected at some point in the future, but I can also posit a range of scenarios where it never comes to pass. We can't say that this statement is definitely true or false. And if that's the case, argues Gregory, might it not also be true of a mathematical conjecture, like the Goldbach conjecture (saying that every even number larger than 2 can be written as the sum of two primes)? Obviously this could be proved false, all we need to do is come up with a single even number that isn't the sum of two primes, but it is entirely possible that the conjecture will never have a definitive outcome.

The same, Gregory suggests, could be true of some aspects of physics. We can't assume that, say, String theory will ever be proved true or false. (Where 'true' or 'false' does not mean matches reality, as we have no idea what reality truly is. Rather it means 'successfully predicts measurable outcomes'.) Which makes for some interesting thinking about physics, the universe and everything.