The power of Free 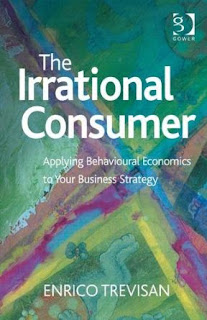 Something I'd come across before, but still has such a dramatic impact that it is worth repeating here is the power of free. Don't worry if you aren't in the business of selling things to people - it is still fascinating, if only as a way to think about your own rationality, or lack of it, when faced with economic decisions.

The example given is an experiment undertaken by Ariely in 2008 where a series of participants were offered a choice between a quality praline at 15 cents and a mass produced chocolate at 1 cent. I personally think this is a slightly risky experiment because chocolate is such a personal taste. I, for instance would rather have a piece of cheap Cadbury chocolate than anything the Lindt 'chocolatiers' can whip up in their workshops. However, let's ignore that foible.

The fact is, people are suckers for 'free' and we should never forget this. However it is an approach that has to be tempered with some concerns. If you offer something for free, then start to make a large charge for it, people are less inclined to take it up than if the new charge is relatively small, or if the same large charge follows a fairly sizeable introductory price. We easily get into the mindset of something being free and then resist paying the more sizeable prices. This is probably an argument for not making books free, but rather selling them at a low price (e.g. 99p) for a brief introductory period, even though you miss out on the attraction of free.

Perhaps the best thing, if possible, is to keep the basic item free but have a premium version (the so called freemium model), so you don't get that unfortunate comparison of 'this was free for the first year but now I'm paying through the nose'.