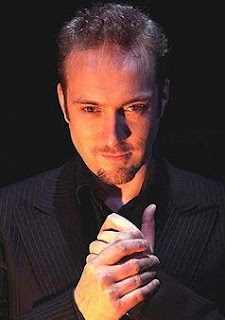 I was determined not to jump into the explosion of blog comments on Derren Brown's lottery prediction trick - but something I heard yesterday has persuaded me to make the leap.

For non-UK readers, Derren Brown is an illusionist, who last week 'predicted' the lottery results on national TV - then a couple of days later, explained that he had got these results by having a group of people guess them, averaging the results, and reiterating the process. Allegedly, as the group got to know each other, the results got better.

I'm not bothered about the trick itself. Let's be clear - he didn't predict the lottery results, he showed them after they had already been broadcast, using a totally spurious legal argument as to why he couldn't show them before. So all the trick came down to was 'how did he transfer a set of numbers onto some balls quite quickly without us seeing?' - basic stage magic, nothing to do with seeing into the future.

What really irritated me was his 'explanation' show. He pointed out that if you get a group of people, ask them each what a cow weighs, then get them together and do the exercise again with interaction between the group, they come up with a more accurate figure for the weight of the cow. So far so good. This is the Delphi technique, devised by RAND for the US government. It works - it's a good way of getting to an answer with limited data. But, and here's the point, it's totally useless with no data at all.

If you asked the same group as did the cow's weight what a ptlang weighs, they will come up with a totally random set of numbers, and no amount of working together will get them nearer the right answer. Because they have no idea what a ptlang is, or what it might weigh. They do know what a cow is and, order of magnitude, that it's going to weigh more than a person and less than a car.

Just like the ptlang, they have no idea what numbers are going to be on the lottery balls that week, and no amount of working together will bring them closer. The 'explanation' was totally spurious - and, worse, could easily fool people into thinking this a realistic mechanism for predicting the future of random events, giving them a system for beating the odds in gambling. It's not. Delphi works better than guessing when you have some, but incomplete data - but it's no oracle.

To be fair to Derren Brown, I think he actually said it was just a trick - he was, after all, trained as a lawyer - but a lot of people seem to have missed this.
forecasting magic prediction randomness