The Joy of Festival 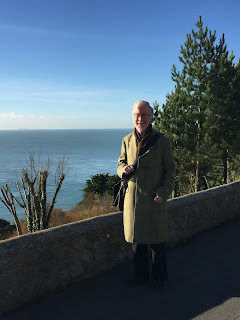 One of the best bits about being an author is the chance to turn up at book festivals (and as a science author, I get a double bite of the cake with science festivals).

Last week I was lucky enough to be invited to two very different festivals, each with a very special feel. I've done a couple of the big numbers (Cheltenham and Edinburgh), but for me, small and mid-size festivals like these are far more charming.

The first was Taunton Literary Festival, run in a very friendly, relaxed fashion from Brendon Books, an impressive indie bookshop that mixes new and used books on the shelves with refreshing abandon. As the event was actually in the bookshop, I was expecting a tiny audience, but somehow organiser Lionel Ward managed to cram in a good 60 seats, all of which were filled by an appreciative audience. I've done my Reality Frame talk a few times, but never quite so intimately with my audience. I particularly enjoyed a moment when I was waiting to start, sitting on children's book table near the front. A lady on the end of the nearest row of seats asked me 'Have you come across this book?' enabling me to reply 'Erm, yes, I wrote it.'

By comparison, the Folkestone Book Festival was a significantly bigger production in the towns' delightful Quarterhouse theatre. We were booked in for two nights at the nicely renovated old Burlington Hotel, giving a chance to explore a town that had always been just somewhere we passed near on the way to the Tunnel.

On Friday I had two sessions with year five and six children (aged 9-11) - each with around 200 children packed into the theatre. They were impressively well behaved, seemed to enjoy the activities in the talk and could be relied on to come up with a whole host of questions after, from deeply serious ones about black holes to 'Which came first, the chicken or the egg?'

Saturday saw me switch to an adult audience for a talk based on my latest book Big Data. With over 120 in the audience, it was still a good number, and the mix of talking and a few demonstrations seemed to go down well - again featuring a good range of questions at the end. It was the first time I'd done this talk, and was interesting to see how amazing the quality of iPhone video is - I played my clip of trying to get Alexa to play Schoenberg, which looked impressively professional on a cinema-sized screen.

I'd certainly recommend Folkestone if you've never been there - there's a whole lot of art going on from the organisation also behind the Quarterhouse and the literary festival. The only festival I've attended before that did as much for its authors as Folkestone was the Isle of Man Festival - I don't know if it's something about being by the seaside, but both treated authors as someone special to pamper, rather than an irritating necessity as some of the larger festival seem to feel.