Dodgy Statistics at the Labour Conference 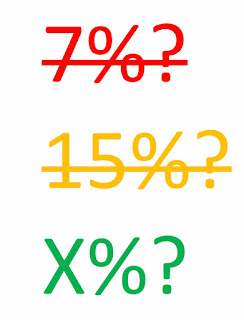 This week’s Labour Party conference has put forward a proposal to radically restrict private schools. In essence, the policy seems to have three strands - remove the beneficial tax arrangements, restrict the entry to universities from private schools to 7% of the entry and, at the most extreme, to get rid of the private schools entirely, taking over their assets.

The first of these seems eminently doable. Most commentary seems to suggest the last is just rhetoric and is unlikely to happen. But what interests me with a statistical hat on is that 7%.  Because it makes no sense at all.

While it is true that only 7% of children attend private schools, this isn’t a sensible number to apply here. If you want a flat attendee number, then what’s important is the number of students taking A-levels, where the percentage is more like 15%. But even this figure is misleading.

The problem is that far more private schools are selective than are state schools. It would be ridiculous to expect the same percentage to get into universities from a non-selective and a selective school. So if Labour want to apply a percentage it would have to be weighted to account for this.

I have no axe to grind for private schools - I don’t particularly like them. The school I attended is now a private school, but was a grammar school when I attended it. My children went to the local comprehensive. But to misuse statistics in this way is just as insidious as the infamous Brexit bus. When are politicians going to stop misusing statistics to try to mislead the public?