A Question of God 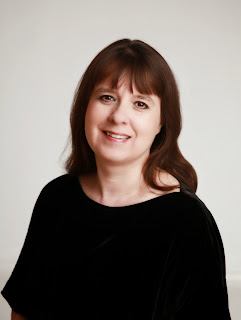 I am delighted to welcome J. S. Watts as my latest guest blogger. J.S.Watts is a UK writer. She has written three books: two of poetry, “Cats and Other Myths” and the multi-award nominated “Songs of Steelyard Sue” (published by Lapwing Publications) and a novel, “A Darker Moon” (published by Vagabondage Press). She has had a long term interest in mental health issues because of family issues and her work in education. She has served on various Mental Health Act panels and been a Mental Health Trust governor. See her website for further details.

I’m actually a little hesitant about writing this guest post. I mean, what’s a poet and fiction writer doing writing for a science based blog? Do I have the scientific chops for this? Also, by choosing to share some thoughts on the tricky subject of religious delusion in the seriously mentally ill, I know I could be treading on thin ice and who knows what lies beneath?

Let me be upfront about a few things. I’m not a clinician, scientist or mental health professional. I’m just a writer who observes things, particularly people, and likes to know what makes them tick. I’m also someone who likes to ask questions – lots of questions. One of my earliest spoken phrases was, apparently, “wasat?”, closely followed by, “why?”. This post is just me pondering and asking questions about what I’ve observed during a close association with the UK’s mental health services through family connections, past professional work in the education sector and voluntary work I’ve chosen to undertake.

My principal question is why does religion seem to feature so significantly in the delusions of people with serious mental health problems? I’ve met people who believe they are God (Judaic/Christian/Islamic variety), a god (South American in this context, but other pantheons would probably serve as well), talk to God and angels, hear demons, have found the answer to eternal life and are being confounded by the Anti-Christ (me, on that occasion). What is it with religion that it finds its way into people’s psychoses on such a regular basis?

Is there a historical link? Once upon a time, people who heard voices might be lucky enough to be acclaimed seers, saints or prophets (unless they were unlucky enough to be deemed witches or possessed). These days, hearing voices is likely to earn you the label of schizophrenic or psychotic. Does the knowledge of past, positive, cultural interpretations of internally heard voices play to our need for illusory superiority and  colour our experiences today?

Are we looking at a social phenomenon? For years humanists such as Julian Huxley have seen religion as a prop or crutch some people are born needing. On the other side of the argument, the Christian Church offers itself up as a refuge and shelter for those in need. In the despair and chaos that can be experienced during extreme mental ill health, is it surprising that religion becomes involved in chaotic mental processes, both as a potential source of salvation and as evidence that life is truly hellish?

Does religious delusion have a physiological cause, running deep in our DNA and hard-wired into our brains? Here, I’m thinking of geneticist Gene Hamer whose hypothesis  proposes that a specific identifiable gene predisposes humans towards  spiritual or mystic experiences. Whilst this theory has had its gainsayers, more recent psychological research by Professor Bruce Hood suggests that magical and supernatural beliefs are hardwired into our brains from birth, whilst yet other researchers have found evidence linking religious feelings and experience to particular regions of the brain which can be stimulated to induce feelings of religious euphoria or the sense of a divine presence. Mental illness often has physiological roots and can be caused by the brain’s chemistry malfunctioning, so perhaps the repeated God delusion is just a sign of our mental wiring playing up? 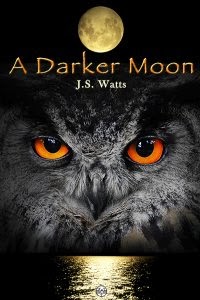 Despite clinical advances in the diagnosis and treatment of mental illness and the phenomenal work of some truly committed and outstanding people, my own observations and the sea of fluctuating and misdiagnoses I have come across, lead me to believe that psychiatry today remains, in many cases, as much an art as a science. For this reason, I am sure, it has proved a source of endless fascination for creative writers from Charlotte Bronte to Sebastian Faulks, with his epic “Human Traces” and the fictionally more successful “Engleby”. Less exalted writers such as myself have also grazed the subject matter. In my dark fiction novel, “A Darker Moon”, one man’s search for himself has both psychological and mythic roots. Like this blog post, the novel raises questions about life, sanity and being human - which it does not claim to answer. The solution to what is delusion and what is true is not a clear one. Indeed, one reviewer who praised the book commented “Each of us will see some form of light at the end of this author's tunnel, but it won't be the same one, the same colour, or even the same destination.” and isn’t that a bit like life itself?

Indeed, I’d go so far as to suggest that this fundamental ambiguity may also have something to do with the frequency of religious delusions in psychotic episodes. In saying this, I do realise that some people are so ill that the implausibility of believing themselves to be the US President or their wife a hat is immaterial, but for those whose psychosis co-exists with the real world, how can they or their medical advisors prove that they are not God or that the voices they hear are not demonic? You can believe it to be nonsensical and a sign of mental illness, but can you actually prove it? Really? It may be worth remembering that one man’s strong religious belief is another’s ill-advised superstition, can be another’s evidence of mental illness. Surely past historical acceptance of people hearing voices and experiencing divine revelations, when compared with the Roman Catholic Church’s current day belief in miracles and the beatification of modern saints, teaches us that there is still a spectrum of perceptions ranging from religious experience to mental illusion. Boundaries between the two are not as clear cut in the 21st Century as those of us who emphasise the scientific and rational in life would like to believe.

Oh look, there’s that word again, “belief”: a concept that has been central to human existence for millennia, may be hardwired into our brains and our DNA, has extensive social, cultural and historical roots and for many people is as ambiguous as an imprecise psychiatric diagnosis. Even when allegedly well, we argue over it, fight over it and kill for it. Maybe it’s not that surprising, therefore, that such an integral part of the human condition is with us in illness as well as health?

November 02, 2015
The Internet has gone mildly bonkers over a child in America who was marked down in a test because when asked to work out 5x3 by repeated addition he/she used 5+5+5 instead of 3+3+3+3+3. Those who support the teacher say that 5x3 means 'five lots of 3' where the complainants say that 'times' is commutative (reversible) so the distinction is meaningless as 5x3 and 3x5 are indistinguishable. It's certainly true that not all mathematical operations are commutative. I think we are all comfortable that 5-3 is not the same as 3-5.  However. This not true of multiplication (of numbers). And so if there is to be any distinction, it has to be in the use of English to interpret the 'x' sign. Unfortunately, even here there is no logical way of coming up with a definitive answer. I suspect most primary school teachers would expands 'times' as 'lots of' as mentioned above. So we get 5 x 3 as '5 lots of 3'. Unfortunately that only wor
20 comments
Read more