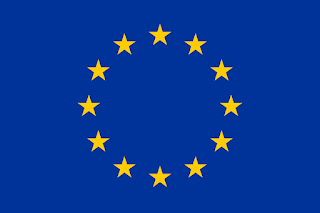 I see a lot about Brexit from friends on social media, of whom the great majority are pro-EU. But much of what's written (on both sides) simply reflects the rhetoric of the debate, rather than proper reasoning. I thought it might be useful to put two, grown-up opposing viewpoints together.

I think that Brexit could be beneficial for the UK in the long run, and I’m going to present two arguments for that. I’ve also asked an old friend, Paul Birch, to present the opposite view. In both cases, I want to focus primarily on business and politics.

From a business viewpoint, I would suggest that the UK has a better chance to succeed than the EU because the UK is medium-sized. (Don’t believe the ‘Little England’ propaganda – we are still the fifth largest economy in the world.) From my experience in business, I’d say that mid-sized is the best place to be. Too small and you aren’t taken seriously. Too large and you become slow, bureaucratic and unwieldy. Doing deals where 27 different member states (plus whoever else joins in the future) representing totally different economies are each trying to do the best for their constituency is not a recipe for long-term success and good decision-making. Big committees rarely make good decisions.

From a political viewpoint, I think a lot (probably the majority) of people in the UK do not understand the aims of the EU. It is not to be a trading partnership – it is to form the United States of Europe. This has been made clear both by big player European country leaders and the EU hierarchy. There is no doubt that to remain in the EU will mean gradually giving up more and more individuality as a country. The plan is that all members adopt the Euro, move to a single central bank and increasingly lose control of defence, budgets etc. I find it amusing that a lot of Europhiles are big supporters of the NHS. Again, there is no doubt that long term, all EU members will be expected to be part of the same European-wide health insurance scheme.

Let’s be clear. I’m not saying that the transition will be easy. It could well be a decade before we get back to better-than-normal. But I find it difficult to understand why the UK would not thrive better long-term outside the EU.

And the alternative viewpoint …
I agree with a lot that Brian has said but would put, “if” in front of the initial propositions. If Europe moves towards being a single federated entity then it could be less likely to succeed in the longer term. Having said that, I would argue against the idea that big economies are poorer than medium sized ones. The US economy is about the same size as Europe and manages to support California, a thriving economy that is the 6th largest in the world. Why could Europe not support a thriving fifth largest? The main issue that I have is the assumption that the intentions of past European bureaucrats will shape an inevitable direction for the EU. It has been demonstrated that until the economies of the EU are more homogeneous the single currency cannot work. The bureaucrats and politicians at the heart of Europe now fully understand that the single currency could not be made to work whilst national economies are so diverse. The plan for all members to adopt the Euro and move to a single central bank is rarely spoken of these days other than as a very long-term wish for those who have not yet let go of the United States of Europe ideal. As John Maynard Keynes said, “In the long run we are all dead”. I believe that the homogeneity of economies that those plans would require might happen one day but not in our lifetimes.

It is becoming increasingly clear that, even those negotiating our exit from the EU, are realising that large parts of our economy rely on our European links. There is an increasing move towards attempting to negotiate an arrangement where we have the benefits of access to the single market with none of the conditions of membership. This has never been possible for any of the non-EU countries who currently have access. It will not be possible for us. If we negotiate a position where we have access to the single market then we will also have to accept the legislation that makes that market possible and have to accept the free movement of people. This looks to be the worst of all possible worlds. We will not be in a position to influence the direction of Europe and we will genuinely be in a place where we have no sovereignty over the laws that control manufacturing, employment, commerce and our borders. If, on the other hand, we are unable to negotiate a position where we have access to the single market, our economy is likely to suffer for many more than the ten years Brian has suggested.

In business, a plan that shows finances getting worse initially and then better later is often called a hockey-stick plan; the dip, followed by a later increase, could be charted in the shape of a hockey-stick. Plans based on this approach need strong evidence before they can be supported because they involve significant up-front pain in order to get the promised jam tomorrow. My plea would be, “Show me the evidence and I might believe you”. There is currently strong evidence to show that there will be up-front pain. There is no strong evidence for the later increase. There is plenty of wishful thinking by those who support separation from Europe. Any sensible business would reject such a plan. Any sensible nation would reject such a plan.