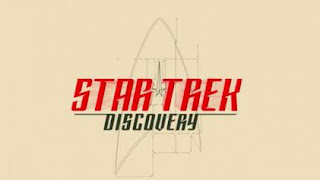 Many great TV shows have been based on single episode shows. So each week you would get a new story with a resolution at the end of the show. (Occasionally a 'to be continued' would be used to extend this to a double episode.) This didn't stop there being story arcs, where something ran in the background through a series of shows, dominating occasionally - but most individual shows still had a satisfying narrative in their own right. For me, the master of the balance between arc and individual show was Joss Whedon. (Please come back, Joss - your TV shows were far more innovative than your movies.)

Of late though - I don't know if it's the influence of Scandi Noir - there's been a tendency to let the arc dominate to the extent that each episode has no standalone narrative whatsoever. They just become chunks of a vast film. And I honestly think that, in many cases, this has been a negative step. Two good examples are Suits and Star Trek. The early seasons of Suits had great single episode storylines, but the last few entirely failed in this respect. And though there were some good things about the Netflix Star Trek reboot Discovery (especially the very final scene), again I pined for the single, occasionally double, episode approach of the classic series. As for the X-Files reboot, I've given up on it, so depressing is its unrelenting arc. (Also it's rubbish.)

Please, show runners, don't lose the power of the single episode narrative. An arc should support and enhance, not dominate. It's fine for single thread dramas like House of Cards. But the more open structures of the likes of Suits and Star Trek have the opportunity to do something more interesting. Don't give it up.