Statistics can be true but misleading - shock, horror, alcohol is bad for you 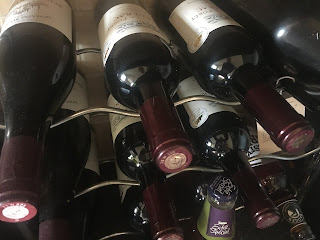 Headlines on the BBC News tell us starkly (if somewhat smugly) 'No alcohol safe to drink, global study confirms.' But like all statistically-based stories, the devil is in the detail.

First port of call in any such situation is David Spiegelhalter, the Winton Professor of Public Understanding of Risk at Cambridge. And the story, according to him, is rather different from the scare headlines. He starts by pointing out a bizarre omission in the paper quoted - they only show relative risk, not absolute risk.

The trouble with relative risk is that it is often hugely misleading. Imagine the headline 'Murder rate in city increases by 100%'. Wow - that city appears to have hit the ropes, big time. However, that is a relative statistic. We don't know what that 100% represents. Exactly the same data could also be represented by the headline 'One murder last year, two murders this year.' That is a 100% increase. But far less scary sounding. So the paper's authors should be reprimanded. Luckily, though, apparently the press office, often the villains in misrepresentations of papers, actually published the real numbers - which to the BBC's credit, they do use, rather than just the relative values.

And what do those real numbers say? Four people in 100,000 who had around 1.25 units of alcohol a day would develop a related health problem or sustain an alcohol related injury in one year (it's hard to imagine how 1.25 units could be shown to cause an injury, but we'll overlook that). That's a low number. All activities have risks attached (getting out of bed, crossing the road, going in a car...). And that's not even considering relatively high risk activities. Life involves risk. The mere existence of risk is not in itself a reason not to do something - there's always a cost/benefit tradeoff, and many people who drink relatively small amounts get considerable pleasure from it.

This is why it's worrying that the paper goes on to say that their findings suggest public health bodies should consider recommending total abstention. The significant problem here is not light drinkers, but heavy drinkers, where the risks start to go up in a big way.

Something the BBC doesn't cover is Spiegelhalter's other key point, which is also interesting. He notes that this study seems to contradict earlier research which showed that those who abstained from drinking alcohol had a significantly higher (20%*) death rate than moderate drinkers. I have already seen this used elsewhere in an attempt to debunk the science - but that's the wrong message to take away. This higher death rate was from all causes, not just specific alcohol-related causes. And as Spiegelhalter points out, the kind of people who are advised by their doctors not to drink any alcohol tend to be those who have serious medical problems. It's not the lack of alcohol that kills them, it's those problems.

So, media people - please be careful how you use statistics. It's fine to report studies like this. But don't - as the BBC did - put just part of the essential explanation right down at the bottom and make it sound like a minor quibble, rather than something that goes against your shock headline and the tenor of the vast majority of the article.

* Yes, I know this is a relative statistic, but this is the kind of circumstance where they are useful.