Canute and the High Street 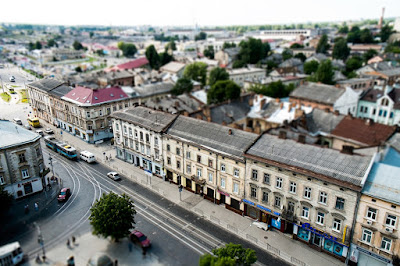 Hardly a week goes by without some report or newspaper article bemoaning the loss of traditional high street shopping. Everyone has an opinion on how to save the high street, from Mary Portas's ill-fated appointment as 'high street tsar' to the little-loved Mike Ashley's dire suggestion that the answer to the problem is to levy a 20% tax on online sales - which would simply  make the consumer pay more but is unlikely to change shopping habits. I think it's time we took a lesson from King Canute.

For those not familiar with the legend of this tenth century king of Denmark, England and Norway more properly named Cnut, he is said to have tried to order the tide to stay off the beach. The tale tends to be presented these days with Cnut as fall guy, idiotically over-valuing his own ability, though it originally involved Cnut using his attempt as a demonstration to his courtiers that even a king is limited in his power compared with God's forces of nature.

I believe that all the failing attempts to bring shopping back to the high street entirely miss the point. There's a reason we shop online or in out-of-town shopping centres. Unless you live in the town centre, it's not a convenient place to shop. So rather than try to force us to do something we don't want to do, why not change what town centres are for? If instead we made it far easier to convert commercial premises into accommodation, we could see the high street becoming again what it was in the first place - primarily living accommodation with as much commercial use as it can sensibly support.

If you look above the shop windows at the buildings in a typical British high street you will usually see what used to be housing. (Take a look at the picture above.) These upper floors are now usually store rooms or, more often than not, simply not used at all. By converting the buildings back to accommodation we could see town centres attractive places to live again. And with more people living there, there will be more demand for town centre pubs, restaurants, coffee shops, theatres and cinemas. In turn these facilities may even result in so many people coming back into towns that town centre shops thrive once again. But the point is that by putting the focus on people, not propping up failing businesses, we would be driving the future of the high street from the right perspective.

Forget high street tsars and trying to punish online retailers and out of town malls. Let's give incentives instead to make high streets living communities once more.
economics shopping society