Experiment with a washroom door

On my morning walk today, I was listening to one of Tim Harford's Cautionary Tales podcasts. In it, he mentioned the importance of design and referred in passing to one of my heroes, Don Norman. In his book, The Design of Everyday Things, Norman pointed out many examples of objects where the designer has gone for elegance at the expense of usability. A simple example he gave was the controls for a cooker hob. Take the example below (images from Unsplash):

Which of the burners does the control with the arrow correspond to? It's obvious, isn't it? Because the designer thought about usability.

Now look at this hob: 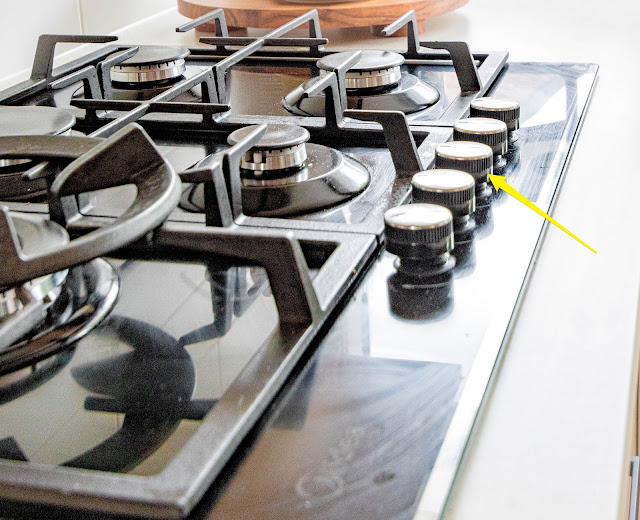 Again, which ring is the control responsible for? This time we can only be sure by looking for some kind of caption to the controls, because the design totally ignores the functionality, preferring to provide a neat line of parallel knobs, building in no information.

Many years ago, when I worked at British Airways, I did a non-scientific study on another example of a designer prioritising form over function. This was at BA's then new (though said in 2021 to be likely to be sold off) Waterside development. The toilets in the building had rather beautiful, tall wooden doors, which only opened inwards as seen from the the corridor. But the designer liked symmetry. They had put pull handles on the inside of the toilet doors or they couldn't have been opened - so they also put pull handles on the outside of the toilet doors.

Now, pull handles and push plates on doors are not just decorative - they combine form and function. They make it clear to the user what they have to do to open the door. This designer, though, broke the communications code. I stood outside the toilets on one floor and watched people going in. (I think I had a clipboard to make the observation look a bit less creepy.) Lots of people went in. And every single one pulled the pull handle, then found the door wouldn't open, then pushed. Time and time again, the design failed. The chances are many of these people used that door every day. But they still kept getting it wrong.

Of course, this isn't exactly earth shattering. The example Tim Harford used when referring to Don Norman was the disastrous design of the control room at Three Mile Island that resulted in a nuclear accident. (Harford also refers to the far less significant, but equally stupid design fault in the Oscars winners cards that resulted in La La Land being awarded Best Picture, despite the card being for Best Actress.) But that's not the point. Someone's idiotic design decision at Waterside proved a pain for many, many users of those toilets.

We should always remember that design is not just about making something look pretty - its more important role is to make it less possible for mistakes to occur by steering the user into correct usage.