That Jack Johnson gets everywhere

Last week I was watching an old QI. (Yes, again. I do other things as well, honestly.) One of the topics covered was Jack Johnson an American boxer from the olden days who was famous for hitting someone, or whatever it is that boxers get famous for. My main interest at the time was 'That name rings a bell,' but I put it to one side. About 20 minutes later I had to drive off to ferry someone around in standard parental fashion. Radio 4 came on. And they were talking about... Jack Johnson.

Spooky! Well, that's the conclusion that fake mystics would like us to draw. In fact this is a lovely example of what's clumsily referred to as 'confirmation bias.' The point is that every day there are thousands of things you register mentally that don't have a match for something else. We don't notice these. It's just the very occasional one where there's a coincidental second event that stands out and gets us excited.

Those who want to deceive us about their mental powers use this kind of thing all the time. Here's an example. A great mystic goes on the TV. 'I'm going to stop clocks with my mind,' he says. 'I'm starting to concentrate. I'm sending out waves of power. These waves will intefere with delicated clock mechanisms. Clocks are beginning to stop.' Amazingly people ring or email in. Their clock stopped when the 'experiment' was underway. But clocks have to stop some time. Millions of clocks didn't stop when the mystic did his thing. A few will have done over the period of time he claimed to be sending out his waves (whether or not the mystic was there). And suddenly we've got an amazing demonstration of mystical powers. 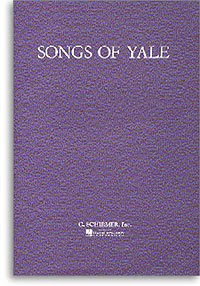 A couple of days later (and nothing to do with confirmation bias), I remembered why that name Jack Johnson sounded familiar. I used to sing barbershop, from the magnificent Songs of Yale (generally known as the Yale Song Book). In it there is a song called George Jones in which the eponymous George has a party to name his firstborn child. He comes up with a string of boys' names that are clearly references to famous characters of the period, many of which mean nothing to a modern listener. One was Jack Johnson. (George's wife then does the same with a string of girls' names.)

Suggestions welcome for who the other non-obvious characters are!