In praise of the concept album 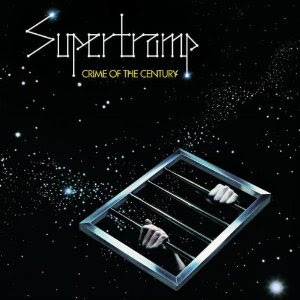 Further to my recentish celebration of Curved Air, I want to consider another of the great bands of the 1970s who I think haven't had the recognition they deserve - Supertramp. They are probably best known now for their excellent album of straightforward songs, Breakfast in America, but their masterpiece was the concept album Crime of the Century.

Of all the output of 70s bands, the thing that most often gets critics' upper lips curling is concept albums. It's strange when you think about it. A concept album is just an album where the songs have a running theme, or storyline. So it is, in comparison to a conventional album what a novel is to a collection of short stories. Or what a symphony is to a suite. Generally speaking, the novel and the symphony tends to be regarded as greater forms in their genre... but not so with concept albums. Now, admittedly, some prog rock bands did get very pretentious with their concept albums. But that doesn't mean the... well, concept... is a bad thing.

There's nothing overblown about Crime of the Century. It's just a collection of great songs that have an underlying backstory. It's never heavy handed, but it's always there. Oddly enough, two of my favourite moments in the album are both as a result of the use of sound effects, something that Pink Floyd would take to the extreme, but Supertramp used more sparingly. In the opening song, refering to the playground, there is a child's scream just before the music goes from a laid back intro to a driving beat that is absolutely electrifying. And towards the end, when the central character is 'on a train to nowhere' we hear the departure announcements at Paddington Station, which I find wonderfully evocative.

All together, one of the great albums of the 20th century - and demonstrating why 'concept' doesn't have to be a euphemism for 'crap.' As I write, Crime of the Century is a remarkable £3.99 at Amazon.co.uk

Here's a live version of one of the better-known songs from Crime of the Century, though it lacks the subtlety of the album: