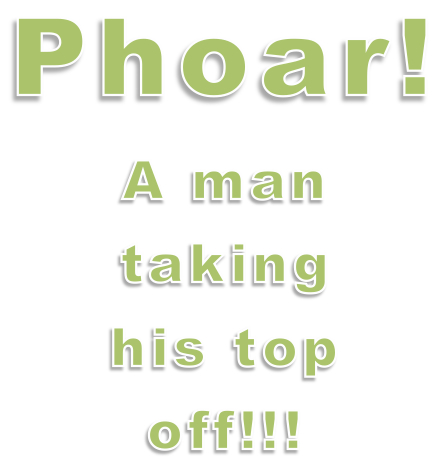 There has been some mention in the press in the UK recently about a council receiving complaints because builders were wolf-whistling at women as they went past a building site. This is has provoked a whole spectrum of responses from 'It's just a bit of fun'/'It makes you [the woman] feel good' to 'It is objectification'/'It makes you feel threatened.'

I personally think that it should be discouraged, as I feel sexism has no place in modern society, whatever the excuse, and this seems to be suggesting there are circumstances where take a sexist attitude doesn't really matter. We wouldn't accept casual racism because it's 'just a bit of fun'.

But equally, I am genuinely very uncomfortable about the casual sexism in the Diet Coke adverts that we have been subjected to, apparently for 30 years. I've included one of the latest at the bottom of the page. I honestly think if the same advert was done with a bunch of men ogling a woman and encouraging her to take her top off there would be a huge outcry. Why aren't the anti-sexists complaining about this too? A touch of dual standards?

In the end, our approach to sexism has to be symmetrical, or we become hypocrites.