April 06, 2018
Like most people these days I take a lot of photographs on my phone, and the quality can be excellent - but particularly with landscapes it's easy to get a result that's disappointing. On the other hand, I don't have time to spend hours touching up each photo - I want something that will enhance a landscape photo quickly and easily.

It was a pleasure, then, to try out Landscape Pro, as it does some heavy duty work, but with relatively little effort.

As a test, I used this image of the Mitchell Library in Glasgow, where I gave a talk a few weeks ago: 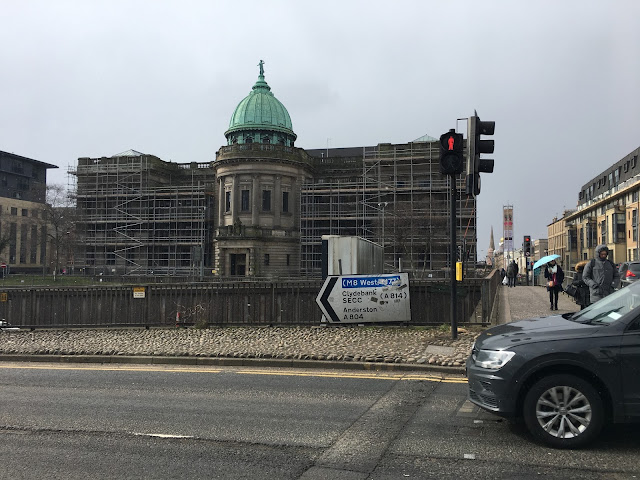 It's a gorgeous building (not helped, obviously, by the scaffolding), but my photo did not do it justice.

First step on loading the photo into the program is to identify key areas, which can be handled as one. This is done by dropping markers on them, then adjusting the coloured area to cover the edges. This a simple dragging mechanism, which copes with most boundaries well, though occasionally you may need to go with a more fine detail tool. Here I'm just completing identifying the building with the statue on the dome still to be included: 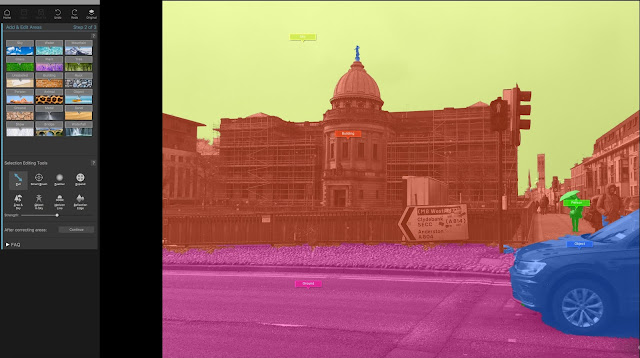 Then it's a matter of adjusting presets and sliders to enhance your selected areas. You can also, for example change the lighting on an area. The main changes I made were to improve the dull-looking sky, brighten up the building (and give it a subtle touch of sunlight on the top left of the dome), and to play around with the appearance of the car slightly (though I eventually left it much as it was): 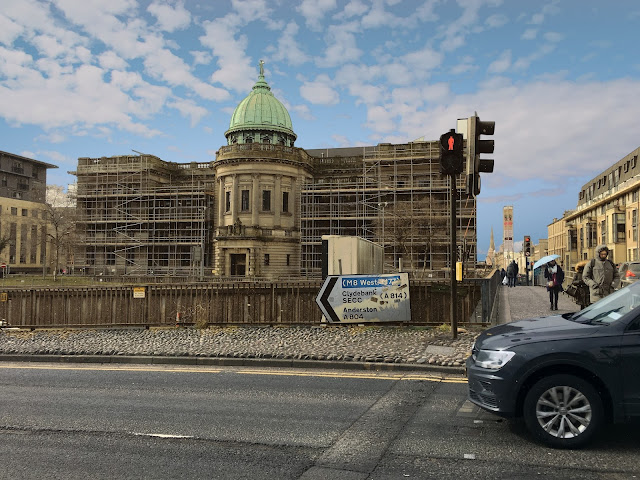 Photo significantly improved in five minutes. Of course, I could have done far more (for example, in my hurry I failed to spot I'd lost the pyramidal glass roofs on the two sides of the building). But for me, the importance of this kind of software to someone who isn't a pro is what you can do quickly - and I was very impressed.

Another image I had a go at was to be used as a backdrop of the header of the website: 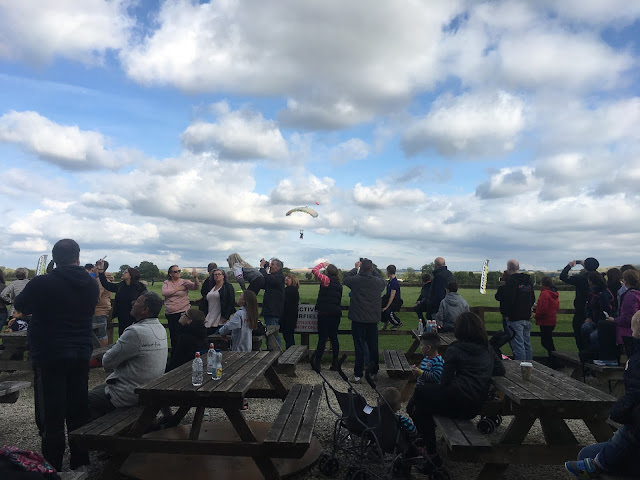 I wanted to put white text on top of the image, so I needed to darken the sky. I tried this in Pixelmator, my image editor of choice, but I couldn't get the border between the people's heads and the sky clean enough. It was alway very obviously edited. But five minutes with Landscape Pro Studio and it became the perfect backdrop. The sky colour looks a little unnatural, but it's what I wanted for the purpose: 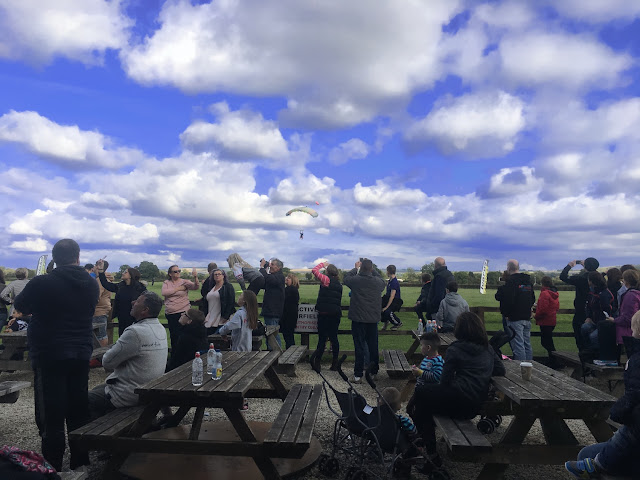 There are a number of tutorial videos to help you get started, but I found it mostly easy enough to simply play with it and find out how to use it. If there's one things I would have liked included that isn't there, it's a facility to remove unwanted objects, such as the horrible street sign in the Glasgow image. I can do that separately with Pixelmator, but it would have been nice to have the facility here. Photoshop users can get the combined effect as there is a plug-in for the software.

Overall, Landscape Pro does what it's supposed to do, very well and a reasonable price, running on both Windows and Mac. You can pay up to £99.95 for the Studio Max version, but for all I need, the basic version at £29.95 does the job just fine. See the website for more details.