Superheroes are not science fiction 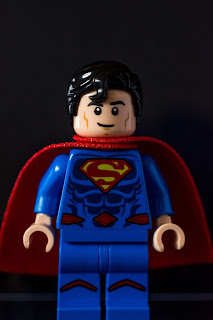 Time for a short rant.

I occasionally peruse Apple's News app, which puts stories under topic headings. Recently one such topic was 'Science Fiction' - and it included something about a new Marvel superhero film.

In practice, the majority of films that are labelled science fiction are really sci-fi - an approximation to the real thing with very little attention to the science, or for that matter to decent fiction. For that matter, I loved the first Star Wars - but it was a fairy tale with SF trappings, not the real thing. However, the majority of superhero movies are not even bad science fiction.

While Iron Man and Batman, for example, just about makes into sci-fi (though in practice they break the laws of physics with painful regularity), the vast majority of superheroes are out-and-out fantasy characters. Their abilities are nothing more or less than magical. There is no possible real-world explanation for them.

Again, this isn't a criticism per se. I enjoy a good fantasy story (though if SF movies are sci-fi, film fantasy is usually fant-fi, were there such a term).

But we shouldn't pretend superheroes are something they're not. Their stories are fantasies.