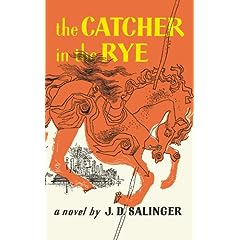 Author J. D. Salinger has died - and like any death, it's a sadness. But I couldn't help getting mildly irritated by the eulogy on Salinger's work I heard on the radio this morning.

If we are to believe what I heard, teenagers were rushing out, buying The Catcher in the Rye with the sort of enthusiasm they would now buy a new Harry Potter, because here was literature they could identify with. Tosh. What really happened is that English teachers found a book which they thought would go down well with the kids but was still real literature, and it was down to them that it achieved its current untouchable status.

Don't get me wrong - English teachers do a brilliant and difficult job. Much 'great literature' is hard work to read. You have to get your students past the barrier of the arty or dated writing to see there is actually some good stuff in there. But there's no doubt Catcher in the Rye was their idea of an engaging teenage read, rather than a real teenager's idea.

When I was forced to read it at school, I can't say I hated it, but I certainly didn't get a lot out of it. I found the 50s US culture alien (we weren't so well versed in American culture back then), and as self-centred teenager, I found the angst of another self-centred teenager boring and forced. I don't think it was rebellion against being forced to read it. At a similar time we had to read Lord of the Flies and I thought that was totally wonderful, buying my own copy and re-reading it over and over. But please, this picture of teenagers rushing to spend their allowance on a copy of Catcher in the Rye leaves me with a wry smile.
books English English teaching literature schools