Why I don't wear a white poppy 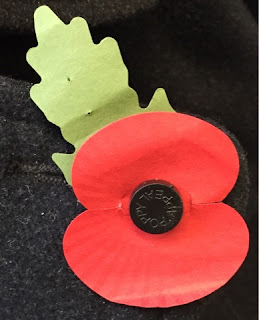 I have the perfect upbringing to wear a white poppy today. My father was a Manchester Guardian reader who encouraged a healthy distrust of the establishment and had little time for the military. None of my friends or blood relations served in the armed forces - you have to go back to the First World War to find any relatives who did. Yet I always wear a red poppy.

I understand where the supporters of the white poppy are coming from, and I absolutely support their right to wear it, but I think they miss the point. You can't re-write history, and it doesn't make sense to throw away the symbolism of the red poppy. If you are aware of its conceptual origins you know that it has nothing to do with triumphant militarism and everything to do with a tragic human sacrifice, even if that sacrifice has sometimes (if certainty not always) been justified.


If I am honest, I'd much rather the poppy, as a symbol of remembrance, were separated from the Royal British Legion, an organisation that certainly can slip into an over-emphasis on glorifying the military. A crass example of this is the folly of a Legion-produced photo of young children holding huge poppies with T-shirts saying things like 'Future Soldier'. Not to mention the saccharine and unsettling marching spectacle of their 'festival of remembrance'.

For me, though, the red poppy transcends its establishment associations and remains the symbol of so many ordinary men and women who gave so much for the rest of us, whatever the wisdom, or lack of it, exhibited by the generals and politicians. And because of this it remains for me the best symbol of remembrance.
poppies remembrance