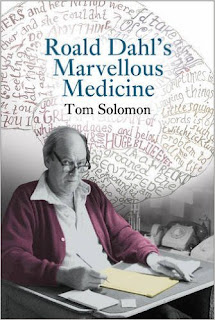 I've never tried that US favourite of combining peanut butter and jelly (jam, for those who use proper English), but sometimes unlikely combinations do work well together - and that's the case here, where neuroscience professor and medical doctor Tom Solomon manages to bring together Roald Dahl's life story and medical popular science. Don't be put off by the university press publisher - this is not a heavy title.

The thing that links the topics together - the sandwich for the peanut butter and jelly - is Dahl's stays in an Oxford hospital, when Solomon was a junior doctor there. The two struck up a friendship, and Solomon very effectively makes use of their conversations as leaping off points both to take us through Dahl's fascinating life story and the medical incidents that peppered the author's life. We also get a few of Solomon's own experiences (if anything I'd have liked more of these), though it's not long before we are back with Dahl.

Apart from Dahl's own medical experience through to his final injection of morphine from Solomon, which included being rebuilt after a traumatic plane crash in the Second World War, Dahl's family had more than its fair share of medical tragedy. Two of his daughters died in his lifetime - one aged just seven from measles complications, his first wife had a serious stroke, and his son's pram was hit by a car, resulting in a serious brain complication, which led to Dahl helping to design a new kind of valve to reduce pressure on the brain and contributing to a paper in the Lancet.

According to Solomon, Dahl was always curious about medical matters, and they occur regularly in his writing as well as his family experiences. Whenever anything medical comes up, Solomon takes us through the detail of what's involved - though this is in no way a morbid book, lifted as it is by Dahl's life story. I'm personally not a great audience for medical matters (I can't even watch a medical drama on TV), but with a bit of judicious skipping of the more detailed medical aspects I still managed to thoroughly enjoy this book, both in finding about more about this remarkable author, and also in the sensitively handled conversations in the hospital - boosted by Solomon's recent visit to Dahl's home town - all of which really give the reader a sense of being there.

It's an oddity of a book, but one I am very glad that I read - what's more, all the author royalties are going to Dahl's favourite charities.

Roald Dahl's Marvellous Medicine is available from amazon.co.uk and amazon.com.
Using these links earns us commission at no cost to you

November 02, 2015
The Internet has gone mildly bonkers over a child in America who was marked down in a test because when asked to work out 5x3 by repeated addition he/she used 5+5+5 instead of 3+3+3+3+3. Those who support the teacher say that 5x3 means 'five lots of 3' where the complainants say that 'times' is commutative (reversible) so the distinction is meaningless as 5x3 and 3x5 are indistinguishable. It's certainly true that not all mathematical operations are commutative. I think we are all comfortable that 5-3 is not the same as 3-5.  However. This not true of multiplication (of numbers). And so if there is to be any distinction, it has to be in the use of English to interpret the 'x' sign. Unfortunately, even here there is no logical way of coming up with a definitive answer. I suspect most primary school teachers would expands 'times' as 'lots of' as mentioned above. So we get 5 x 3 as '5 lots of 3'. Unfortunately that only wor
16 comments
Read more 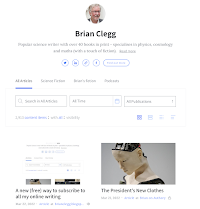