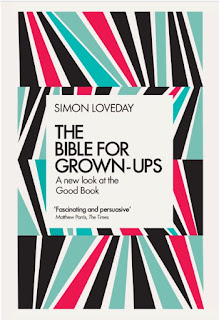 If your immediate thought on seeing a book about the Bible is 'I'm not religious, so it's not for me,' don't worry - it still could be. Without doubt, the Bible has had a huge impact on the world - and, Simon Loveday reminds us - in some forms, notably the Authorised Version (King James Bible), it is also an impressive piece of literature and a big part of our cultural heritage.

What Loveday sets out to do is to see how the Bible was put together, telling us why it is in the form it is and helping us understand the combination of different types of literature that don't really correspond to modern day forms - and he does this very well. This book is to biblical scholarship what popular science is to science. Loveday is not trying to come up with a new and different analysis of the Bible, but rather to help the vast majority of us (both Christians and non-Christians) who really don't understand its geo-political context, what is historical and what is more mythical in nature, and how the whole thing was assembled.

I found the book fascinating, whether we're getting a feel for the timescales of writing the different parts of the Old Testament, or the reasons for the very different approaches taken by the writers of the New Testament. Again, while it's nothing new, Loveday makes it clear that writers at the time the various parts of the Bible were composed were not in the business of writing about facts but about what they saw as truths. This meant they would be far freer and looser with 'history' than we would now, because it was the message that was important, not the factual accuracy. (This should both placate those who dismiss the whole thing because of its inconsistencies, of which there are many, and should totally dismiss the idea of the Bible being literally the word of God - though adherents of either camp aren't great on listening to reason.)

Perhaps the most dramatic message that comes through is that because different parts were written by different authors with widely varying agendas, it's impossible to use the Bible alone as a guide to living your life - because it will encourage you to many totally contradictory actions. It can only be used in this way subject to interpretation and mentally editing out the bits you don't like - something anyone who claims to base their way of life on the Bible without any interpretation needs to consider.

I would have given the book five stars, but after two cracking sections (one on each Testament), the final section of the book, which tries to pull everything together and to give an appreciation of the Bible as literature is relatively weak, so we don't get the best of conclusions - but The Bible for Grownups is well worth reading for those first two sections (which account for 197 of the 260 main text pages). If you are a believer, this book will help you understand the basis of your faith better - if you aren't, it will provide a better understanding of the nature of this remarkable collection of writings.

The Bible for Grownups is available from amazon.co.uk and amazon.com
Using these links earns us commission at no cost to you
book review books non-fiction religion review reviews