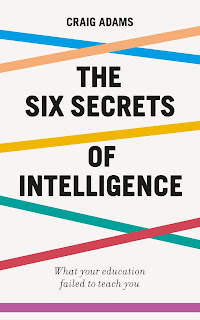 This is an odd one. Scientists are used to giving the Ancient Greek philosopher Aristotle a hard time - almost all of his science was wrong, and in some cases, his ideas misdirected scientific thinking for nearly a couple of thousand years. Worse was his apparent ability to ignore easily obtained evidence when it contradicted his ideas - infamously, he proclaimed that women have fewer teeth than men. Yet Craig Adams is clearly a huge fan of Aristotle and makes a reasonable case for the importance of his contribution to some of the more useful aspects of philosophy.

We're not talking navel-gazing here, but rather practical thinking on how to reason and understand better. The 'six secrets' that Adams mentions are deduction, induction, analogy, reality, evidence and meaning. While scientists will be familiar with many of these, they may not be totally clear on how they are used in practice (rather as many English speakers don't have technical knowledge of English grammar) - and for many without a scientific training, even as basic a concept as induction may be something of a mystery. (It's notable that many assume Sherlock Holmes used deduction, where he almost always relied on induction.) There are also some good examples of why correlation is not causality and we get a good feel for the way that this knowledge is particularly useful in spotting and dismissing illogical statements.

So, there is definitely some interesting and good material here. But, for me, the book didn't work awfully well. The presentation is wooly, lacking the clarity you would hope for in the presentation of such concepts to the general reader. It would also have been good to have had some of the modern tools of symbolic logic mentioned. There isn't enough narrative content and use of examples - rather the main points are repeated and become laboured. Things get worse in the second half of the book, where Adams makes a case for an alternative approach to education, based on giving students good thinking tools, combining Aristotelean thinking with what Adams calls 'the modern school of thought', typified by the work of Daniel Kahneman. There isn't anything wrong with these components, though I think that there is a far broader input required - but the way Adams' approach is presented is very unclear. This re-thinking of the curriculum has already been done far better in the RSA's Opening Minds project.

A few specific moans. Adams spends quite a while on deduction, yet doesn't really make it clear how infrequently it is useful in the real world where we rarely have universal/absolute truths available. And when talking about induction, Adams notes ‘induction is the process of creating universal rules from particular examples of signs’ - yet if there’s one thing science makes clear it’s that we can only have best guesses of universal rules. All current theories may well eventually be modified or disproved.

If you haven't been exposed to Aristotle's philosophy on thinking, the book is well worth exploring, but I wish it had been a little more clearly written.

The Six Secrets of Intelligence is available from Amazon.co.uk and Amazon.com