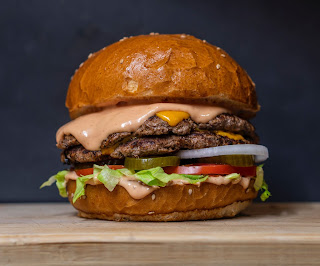 We've just had the latest report for the government to ignore on the National Food Strategy. You can see the BBC coverage of it here.

I absolutely agree with finding ways to encourage people to eat healthier food, and I have no particular aversion to taxing sugar and salt in manufactured food. Don't get me wrong. I love the occasional burger and chocolate biscuit and suchlike. But I'm all in favour of keeping the junk in moderation, and clearly a lot of people need help with that.

So it's not a case of disagreeing with the report or its findings. But I do think they have been guilty of misuse of statistics in presenting their results.

I had a look at the review's report (176 pages in the 'evidence' part alone, though it's not quite as scary as it sounds as each page is essentially a slide, often with graphics). The evidence is divided into two main sections: nature and climate, and health. My issue is with something in the health section, though I do note in passing that the nature section isn't always clear about what it's saying - so, for example, page 15 tells us that 'the amount of land under organic production is declining' - my immediate reaction is that this is a good thing, as it means the land is being used more efficiently, but I'm not sure if that's what the report's writers had in mind.

But the naughty bit I'm particularly interested in is page 100, a version of which provides the only data on the BBC News story and which was brought up as a major item in discussion with the report's lead author Henry Dimbleby on the radio this morning. Here's the original from the report:

There's a lot of detail here, but the main takeaway is that healthy veg like broccoli cost around 3 times as much per calorie than junk food. That's fine, apart from their being other healthy veg like lentils which are cheap per calorie and no one mentioned that, but it's the way this statistic was used that's dubious. We were told that this means that eating healthy food cost more than eating junk. But a major point of eating healthily is to eat fewer calories - so it's senseless to make a comparison on cost per calorie. What's important is cost per meal - and a plate of homemade vegetable curry, say, costs a lot less than a plate of junk food.
This is a worthy cause. But using misleading statistics is not the way to support it. In fact, it gives entirely the wrong message, because it suggests to someone on limited income that it's cheaper to live on junk food, which just isn't true - because eating junk food results in eating far more calories.