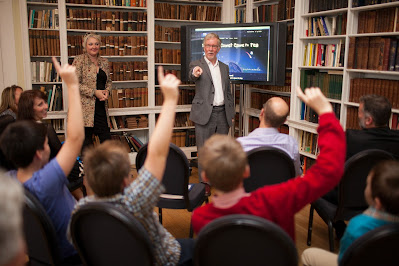 One of my favourite activities is giving science talks in junior schools. I don't write children's books, though some of my titles are fine for an intelligent eleven-year-old, but what comes across in a wonderful way is the sheer enthusiasm for science felt by the children. This isn't limited to a few enthusiasts - everyone gets excited about science presented the right way. When, for example, I mention that they have atoms in their bodies that were previously in dinosaurs, there's always a collective 'Whoa!' - while a set of simple refracting glasses that produce rainbows from sunlight genuinely give a thrill.

When I was at junior school, I'm delighted to say our teachers took science seriously, while making it fun. Unhampered by a restrictive curriculum, they allowed us to do experiments - and to fail. Admittedly it helped that my junior school building was inherited from a re-housed secondary school and had cupboards full of interesting scientific equipment. Sadly, the former Littleborough County Junior School has now disappeared to become a housing estate - though its position opposite Hare Hill park (which we used to walk across to visit the library) seems to have been memorialised by calling a footpath 'School Walk'.

I remember particularly two failed experiments, both of which provided useful lessons. One involved blowing between a pair of suspended table tennis balls. This was part of a whole series of little experiments on a sort of science trail - we only had a limited time to complete them and I remember thinking that it really wasn't necessary to waste time doing the experiment, I would just write down what I thought should happen. Not only did this get me a lecture, still remembered many years later, on the importance of honesty in science, it was a powerful lesson not to rely on assumptions. No, they didn't blow apart, they moved closer together. 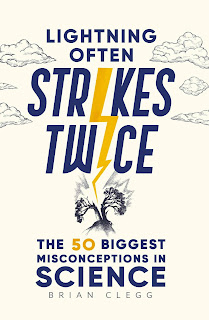 The other experiment was not a failure because of my cheating, but rather because it was an experiment to show a 'scientific' fact that turned out to be a myth. We had been told about the way that our tongues had different regions, which were responsible for different tastes such as sweet, salty and sour. The experiment involved poking our tongues with wooden spatulas and recording the taste sensation. While some of us did feel they experienced different tastes (the teacher, like many scientists at the time, hadn't grasped the importance of avoiding giving us expectations of specific outcomes), the results were inconsistent, and many of us had no sensations at all.

The whole idea of the 'tongue map' for different taste sensations was fictional, based on a misinterpretation of a legitimate piece of research. But the myth proved surprisingly resilient.

I was reminded of this experiment when writing one of the 50 articles on science myths, some of which persist to this day, in a new little book Lightning Often Strikes Twice, which is out on 21 July 2022. There's something really interesting about scientific myths, which arise for all kinds of reasons. It might be wishful thinking or misunderstanding. Sometimes it's just a matter of something that sounds reasonable when applying common sense... but the world just doesn't work that way. Whatever the reason, these may be misconceptions, but they're fun to encounter.