The fragility of physics 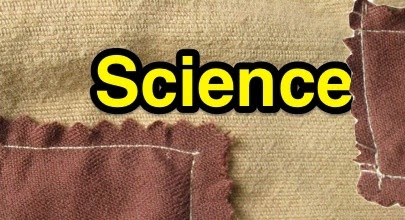 We are used to thinking of science as being logical and ironclad in its approach. Admittedly, it doesn't provide the ultimate truth or definitive facts. One of the hardest things for many to grasp (including some scientists) is that all science can ever do is give us the best theories supported by the current data. It only takes one new observation that can be verified to throw the best scientific theory out of the window.

At least that is the principle. But scientists are human and certainly don't want to start from scratch when this happens. So what they usually do is patch. They modify the theory until it does fit the data again.

The trouble is, you can only do this so far before the creaking theory becomes hard to keep alive, but by now it is often a Frankenstein's monster with a life of its own, sustained apart from anything else, by careers that have been dedicated to bringing it into being.

This was always the complaint Fred Hoyle had about the way his steady state cosmology theory was so easily discarded. Evidence came out from very distant observations, far back in time, that aspects of the universe were not as his theory predicted. So it was thrown out (American cosmologists never liked it, so this was easily done). Hoyle and his colleagues subsequently patched it in the usual manner so it would match current observations, but it was ignored. Here's the thing, though. Along the way, the rival big bang theory (Hoyle's derogatory title) was also patched. At least three times. So when data came along to show that big bang was wrong, it wasn't thrown out. Politics in cosmology? Quite possibly. I'm not saying steady state is right - it most likely isn't - but the decision when to accept a patch is arbitrary and has an element of politics about it, something outsiders would not expect from science.

However, the patch I was thinking of in my title 'the fragility of physics' wasn't in the field of cosmology which, let's face it, is always likely to contain an element of speculation.  What's more, this is a patch of jaw-dropping, ear-wiggling proportions. It was so extreme that Paul Dirac, one of the greatest physicists who ever lived, refused to accept the theories depending on it. And that's a problem.

Why? Because these are some of the most central (and wonderful) theories in physics. Quantum electrodynamics, for example, which explains the the interaction between light and matter (and the electromagnetic interaction between matter particles). QED is generally held up as one of the greatest theories in physics. It is astoundingly accurate in its predictions - as Richard Feynman was fond of pointing out, it makes predictions that match experiment with an accuracy that is the equivalent of predicting the distance from London to New York (he used two US cities, but let's not be parochial) to the width of a human hair. And QED depends entirely on this patch. As does the standard model, our current best model of how matter and three of the four forces of nature work and interact.

The name given to this patch makes it sound harmless - it's called renormalisation. So why did it get Dirac in such a twist? Because theories like QED are quantum theories that rely on adding together all possible outcomes with their associated probabilities. And because quantum theory allows interesting things to happen like pairs of matter and antimatter particles to pop out of nowhere and disappear again all the time, it has a tendency to predict that some essential values are infinite. So, for instance, without renormalisation, QED told its mystified developers that the mass of an electron was infinite.

So what did Feynman and crew do to patch it? They knew the mass of an electron, so they ignored what the theory predicted and plugged the actual value in. And the result of this 'renormalisation' was that QED worked wonderfully.

We should never forget, though, that Dirac had a point. This is a very scary thing to do - and QED and the standard model and all the work that is built on that edifice has this patch as its absolute foundation. Renormalisation can be justified for the same reason that Newton got away with using his early version of calculus, which also had a flaw involving infinity at its heart. Because it works.

But it doesn't meant that there isn't something missing from the theory, something that might send physics in a whole new direction, overthrowing everything we've done in this field to date. And that's why I love science dearly. Because if that does happen, while some will grumble, and some will never let go of their favourite old theory, science as a whole will move on, and most will be thrilled by this new development.
cosmology fudge patches philosophy of science physics science