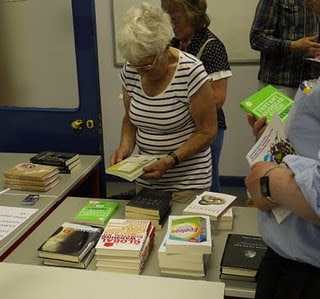 I was reading in some authors' publication (I think ALCS News) that an author who writes for the teen audience asked the young people at his talk a question about how much money they thought he earned from booksales.

The most popular answer was 100%, followed by 50%, then 75%, which between them accounted for most of the replies. Now leaving aside the total lack of business sense in 100% (come on, guys, the shop has to make something out of this), it's still quite remarkable how much they believed authors get.

Now I know authors are always whinging on about money. It's an old charter or something. But the trouble is, with only the earnings of people like J. K. Rowling making the media, it's sometimes difficult to appreciate that we aren't all raking in vast quantities of cash. So do us a favour, guv. Buy a book.