Why are online festival bookings so rubbish? 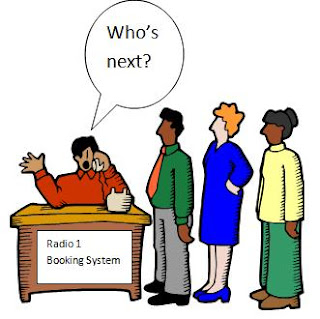 On Sunday I kindly offered to attempt to make my children's bookings for Radio 1's Hackney Weekend. It was an experience all too familiar to anyone who has attempted to make an online booking for a ticket for a major festival.

To begin with, the site simply crashed with the sheer weight of people trying to get on it, producing error messages that suggest it didn't like your IP address, but I think were simply just its way of saying 'I can't cope!'

For the next hour, every attempt put you through to a holding page that said the booking page was too busy. What was mildly fascinating about this (you take fascination where you can when you are spending an hour repeatedly clicking the refresh button) was that the design of the screen seemed to change several times. I'm not just referring to the times when it only half-loaded and you got a text version, but even when you got the whole thing there seemed to be at least three different versions of it.

Then - joy, oh, joy, the buying screen came up - only to time out before all the information could be input.

For the next 20 minutes elusive sightings of the buying screen would disappear with dashed hopes, especially when over-enthusiastic clicking meant that the refresh button was clicked when the buying screen was on its way, returning me to the holding screen.

But finally, finally, I did manage to get them both a ticket. One and a half hours of mind-numbing tedium. Were they grateful? That's another story.

What I was struck by, though, was the sheer awfulness of a website for this sort of task. If you were designing a real computer system to deal with this, an entry module would hand out queue numbers (behind the scenes) - you'd go into a queue. While you were waiting you would gradually bubble up the queue and your position could be shown on screen. When you reached the top of the queue you could join the however many people the buying screen could cope with and have (say) 5 minutes to complete your transaction. It would be painless, there would be no fiddling about and crashing as 50,000 people tried to access the same web page simultaneously.

In the real computing world this should be relatively easy. Booking systems are not exactly a new idea for computing. Is it really beyond the wit of web programmers to embed some sort of queueing system into a web database? A lot of brownie points would go to the people who sort this out.