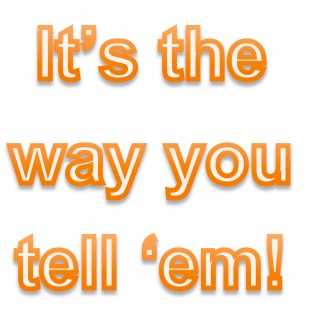 Jokes are notoriously subjective. Some find a simple pun hilarious - many wince and move on. But there are some jokes that work in some parts of the country, but don't in others - which is an interesting reflection on the regionality of words and their pronunciations.

Of course, the UK/US divide is an infamous one for making different use of words, even with today's shared culture. When I write a book for my US publisher, I quite often get a query about a term I've used that they simply don't get over in New York. The most recent manuscript (just in), had two such queries. What, they wanted to know is 'dross'? And for that matter, what are 'holiday snaps'? (I corrected the latter to holiday photographs, though really I should, I suppose, have made it vacation photographs.) And inevitably you say tom-ate-oh and I say tom-aht-oh.

However, my favourite example of this is much more subtle. One of the few clear memories I have of junior school is our teacher reading The Hundred and One Dalmatians aloud to us. Although now a little dated, the original Dodie Smith book has far more to it than the films, and it was a wonderful experience. But there was a joke in the book that flew straight over our heads up in Rochdale (or, to be precise, Littleborough), because it simply didn't work the way that we pronounced words.

Unfortunately my cherished 1960s paperback of THaOD has gone walkabout, so I am having to remember the wording from memory - feel free to give me the exact version if you have it to hand. The joke comes when the puppies have been rescued and the dog family are on the run. To avoid detection, the dogs all roll in soot so that they no longer look like dalmations. Missus says to the now black-coated Pongo: 'Suit soots you.' Hilarity ensues from her slip-up in many a southern household. Queue puzzled faces in our northern classroom.

Why? Because with a Rochdale accent 'suit' and 'soot' are homophonic. Both are pronounced approximately like the name 'Sue' with a T on the end. And so the joke fell flat, because when read aloud there is nothing wrong with what Missus said.

So there we have it. Some jokes can be used to tell which part of the country the reader comes from.