Can you play games on an iPad? 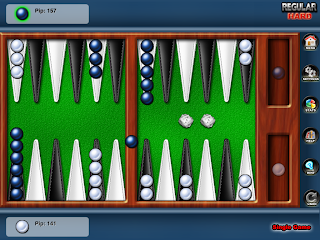 I've already waxed lyrical about the iPad for work purposes, but it is also supposed to be a fun device, so I felt obliged to check out whether you can play games on it in a satisfactory fashion. I have to confess I'm not much of a games player these days, but I was once. When X-wing and its sequels came out I spent days playing them, and for a few years one of my main sources of income was reviewing computer games for a magazine. 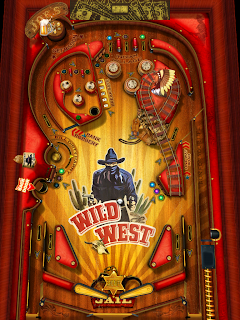 The good news is, yes, the iPad does work pretty well as a game playing device. Ok, we're not going to get X-box/PS3 level of graphics, but it's pretty nifty. Once you've got over doing a labyrinth type game using the motion sensors to tilt the board, it's easy to find some rather nice backgammon games like the one illustrated above (just called Backgammon). You can play against a fair computer opponent, 2 player or online.

Making a bit more use of the graphics, I've downloaded rather a nice pinball game in Pinball HD. Only 3 tables, but a good variety of types. I confess I've always been a sucker for pinball in its physical incarnation, so the excellent look and feel of this game appeals a lot. The only slight surprise, given those motion sensors, is that you can't tilt. 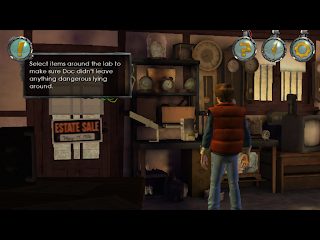 Finally, I've had a quick go at the (free) opening section of the new Back to the Future game to see what leading edge graphics in an iPad game are like. Although I found the exposition of the story a little slow (you can swipe to hurry it up, through), it's a nice combination of an interactive video and a puzzle game. It looks good and it plays smoothly.

I haven't tried any shooter games yet, but on this early sample, games and the iPad go together well. I bought it thinking of it as a toy and it has proved much more - but it doesn't mean you can't have fun with it too. There are plenty of free games, and even those you pay for are rarely more than a few pounds - very refreshing if you have been paying £30-40 for a game.