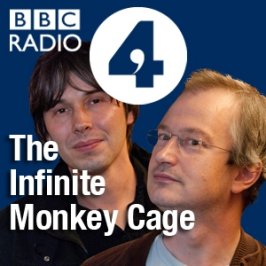 I just heard Brian Cox getting himself in a real twist, arguing with Billy Bragg whether science was a belief system on Radio 4's Infinite Monkey Cage, coming from Glastonbury festival.

I think our Brian's mistake was that he was arguing on a false premise. He could never win the argument because science is a belief system. But it is one that operates on totally different rules to a religious belief.

When evidence comes up that counters a scientific belief (or theory as we call them), that belief is changed to match the evidence. Scientific beliefs are kept in line with our best information about the universe. By contrast, many religious beliefs are unchanging in the face of contrary evidence. So, for example, many fundamentalist Christians and Muslims believe that the Earth was created within the last 10,000 years. There are vast swathes of evidence to the contrary, but they just ignore the evidence and continue with their beliefs unchanged.

I think Brian Cox would have done much better to accept that science is a belief system, but a particularly effective kind of belief system that is self-correcting in a way that a religion that takes rigid attitudes to ancient texts never can be.