January 08, 2013
I have always loved science fiction, and also fantasy books set in the real world. But I have found it difficult to come across new titles I like outside my favourite authors - so this Christmas I consciously looked out for recommendations for something new to try and have read a pair of crackers that I have to get all excited about. 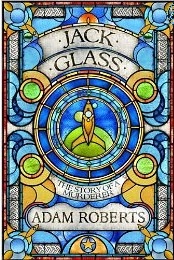 On the science fiction front, I have to confess that pretty well every author I like I already liked in the 1970s. I really haven't picked up anyone new. But I was blown away by Jack Glass by Adam Roberts. I suspect what made this for me is that Roberts consciously was setting out to write a book that took on some of the conventions of the golden ages of science fiction and crime writing - both favourites for me. It is a new book. It is a modern book. However it encompasses the best of the old. And the result is absolutely wonderful.

The antihero of the novel, Jack Glass, tells us up front that he is the murderer in each of three sections of the book - but this doesn't prevent the stories (which fit together almost seamlessly) from working in terms of suspense and anticipation.

The first section is probably the weakest and the middle the strongest, so if you make a start and struggle a little with the starkness of the first, do keep going. Roberts happens to be a professor of literature and if I say it doesn't show, I mean that in the best possible way. Although the book is very well written with some elegant turns of phrase, it doesn't get in the way of the storytelling as is so often the case with 'literary' writing.

If I'm going to quibble, Roberts gets the faster than light science wrong in the third section - but I always say that SF is fiction first and science second - this really isn't too much of a worry. If you like old school science fiction and haven't found anything you can really enjoy for years you should rush out and buy Jack Glass. See more at Amazon.co.uk and Amazon.com.
Using these links earns us commission at no cost to you 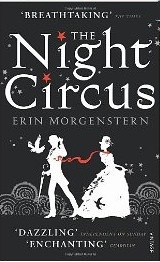 In real world fantasy I have been better served. Despite the sad loss of Ray Bradbury, some old favourites like Gene Wolfe, Terry Pratchett and Robert Rankin are going strong, while relative newcomer Neil Gaiman quickly became a favourite. However I still struggle to find something new that really appeals, so I was delighted by The Night Circus by Erin Morgenstern. I know this has been around a while, and even managed to make the long list for the Orange Prize, but it's the first time I've seen it and I was bowled over.

One of my favourite fantasy books ever is Ray Bradbury's Something Wicked This Way Comes. Bradbury makes the fantastical aspect of the circus that arrives by night by train truly marvellous. And Morgernstern has picked up on this concept to make something wholly new and not in any sense derivative. (I was rather peeved she didn't admit to the debt in her acknowledgments, though.) This tale of a magical duel between two unwilling and sometimes unwitting competitors and the richly described late Victorian setting it takes place in is wonderful. And at the heart of it is the night circus.

This is such a fantastic (in every sense of the word) concept. The idea of a circus that opens at nightfall and stays open at dusk, that is really more like a collection of wonderful sideshow tents, that never tells you where and when it will be next is so brilliant I feel it really could be done for real (though of course without the magic at the heart of the circus in the book). The two sets of principle characters with interweaving stories always linked through the circus are also wonderful and endearing. The cover is plastered with comments about how truly, breathtakingly captivating it is. And they don't exaggerate.

As usual I have a couple of small quibbles. The book is too long for me - I think it could have been 100 pages shorter and would have worked even better: it sagged just a little before picking up the finale. And I really don't like the use of the present tense. I have never yet read a book that is in present tense that wouldn't read better if it used the more conventional past tense. It makes the sentences seem jerky and detached from each other. For me it just doesn't add anything positive. However this book is so wonderful that it pushes that concern aside. The Night Circus is definitely in my best ever fantasy top 10.  See more at Amazon.co.uk and Amazon.com.
Using these links earns us commission at no cost to you