The mysterious case of the disappearing author 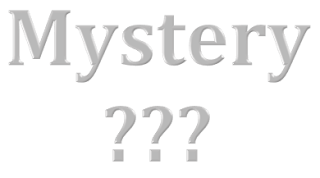 Where's Sherlock Holmes when you need him? For I have become aware of a case that I am sure he would regard as a three pipe problem. Consider this, dear reader, consider this.

Facebook allows you to set up closed or 'private' groups - handy to hang out with friends for a chat about work or whatever you like. I belong to one with a number of online friends, and like all such groups, joining is by invitation - you can't see any details from the outside.

Yesterday one of the members was contacted on Facebook, by someone called Laurindo Jones, asking about the group by name. He seemed to have joined Facebook for the sole purpose, as he had only signed up 1 hour before. Around five others in the same group got friend requests from him within a matter of hours... then, as one of them was trying to find out more about 'Laurindo', the Facebook account was suddenly deleted. Most scarily of all, one of us got an email from him to a personal email address not connected to Facebook in any way.

Do a web search for Laurindo Jones and it seems he was an author of sorts. He has a profile on Amazon.com and did have a book listed on Amazon, Barnes & Noble etc. Only that has disappeared now too from all the online bookstores.

So what do we know about 'Laurindo'? According to his profile he is an American college student who wrote an erotic novel, allegedly partly based on his experiences. He comments 'Naturally "Laurindo Jones," is a pen name -- going to school fulltime and working is hard enough, without having to put up with a bunch of college girls curious to find out certain things about me.' Is he an author? Well: 'Whether my life now will lead to another book in the future, at this time I just don't know. That really depends on whether or not this one sells enough copies to make another worthwhile.'... Only 'this one' is hardly going to sell many copies now it has ceased to be available.

Thanks to the wonders of Google cache, we can discover that his book, My Totally Crazy Love Life appears to be a classic bit of teen wish fulfilment, and that it was published by 'Story Scene Press' who allegedly operate from storyscenepress.com which, guess what... has disappeared too. Yet the book was around from 2011, so unlike the Facebook membership, it doesn't seem to have been set up purely as an infiltration move.

So there were have it. A mysterious possible writer who had an unhealthy interest in members of a group he shouldn't particular know exists, then disappeared off the face of the Earth.

Will the mystery ever be solved? I don't know. But if you know Laurindo, drop me an email at brian@brianclegg.net - and if you are enjoying the mystery, I'll update this post with any further developments...