It's singing, but not as we know it 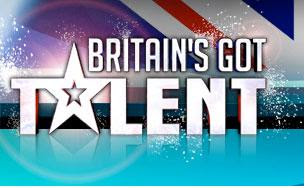 I was fascinated and a little baffled by the male contestant on Britain's Got Talent on Saturday with the striking, high pitched voice.

He said he was technically a counter tenor, but sang male soprano, as was popular in baroque music and earlier.

Now, I've had a bit of experience of counter tenor and alto singing. I sung alto for several years at school, and later sang in several choirs that featured male altos/counter tenors. The tone when singing like this is totally different from that of a woman in the same register. It works well on its own, but usually doesn't mix well with contraltos. Yet when you listen to Greg Pritchard sing without watching him, although there is a touch of falsetto strain, you could still suspect it was a woman singing.

What he didn't point out was that those male sopranos in early music days were not counter tenors (or even bargain-counter tenors, as featured in the works of PDQ Bach), they were castrati. (Anyone who has not come across Kingsley Amis's cracking alternate world book The Alteration should read this fascinating piece which envisages a modern world where the church still produces castrati.) Now our performer on Britain's Got Talent clearly wasn't a castrato - his speaking voice was quite normal - making his singing all the more remarkable.

I find myself in exactly the same position as Simon Cowell. I really don't know what to make of it. If you haven't heard him, decide for yourself.