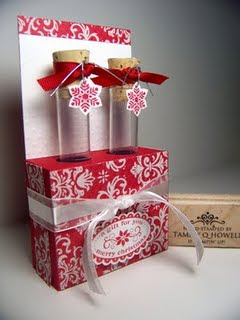 Over on Nature Network there has been a burst of activity on a blog post I made last year. In the post you can see the collaborative effort that generated a piece of scientific Christmas verse a line at a time.

It's rather riddled with in-jokes - but such was the passion at the time I think it's worth repeating this masterpiece of line-by-line writing. Here's an audio version (thanks to Graham Steel for the effects).


And here's the pome itself:
’Twas the night before Christmas and all through the lab
Not a Gilson was stirring, not even one jab.
On the bench, ’twixt a novel by Jennifer Rohn
And the paper rejected by Henry’s iPhone
Lay a leg, still trembling and covered in gore
And Frankenstein sighed ‘I can’t take this no more’.
He exclaimed panic struck, as he took in the scene,
of horrendous results from NN’s latest meme.
‘having one extra leg wasn’t part of the plan
to create a new species, anatomized man’.
And then out of the blue, ‘twas a bump in the night
A girrafe ’pon a unicycle, starting a fight
Held back by a keeper all smiling with glee,
It was then that I knew that it was Santa Gee.
His iphone, it jingled, his crocs were so pink,
It was all I could do to stammer and blink.
‘There you are’ cursed old Frank’stein, approaching the Gee,
‘Call off the girrafe, and hand over the fee.’
“The Beast” then leaped up, from O’Hara’s new leg
Attacked Santa Gee and his elf, Brian Clegg.
One sweep of the sack and the beast was laid out
When hoof of girrafe gave a terminal clout.
Then its leg fell off quaintly, with a sad little ‘plonk’,
Santa Gee, from his sled, gave a loud, angry honk
And the mask on his face slipped – sadly ’twas loose -
To reveal not a man but a fat Christmas Goose.
To Frankenstein’s horror, the bird reared up high
He realized then that this goose could not fly.
So he grabbed the elf Clegg, who stood by buggy-eyed
and hoisting him up with great gusto he cried:
“O’Hara and Beast, I have them at last.
Sprinkle on Ritalin, for a tasty repast.”
But five minutes had lapsed, so the beast was asleep
Having dreams that were complex, clever and deep:
Half warthog, half carrot? What would look nice?
Half girrafe, half O’Hara? Yes! Made in a trice.
He dreamed a solution, to this horrid scene:
Unite the spare legs! To waste them is mean!
Much later that evening, the creature awoke!
One Bob-leg, one g’raffe leg! He rose up and spoke:
“Beloved creator, I wish you’d not meddle,
My unicycle now needs a quite different pedal."
Christmas idiocy poetry