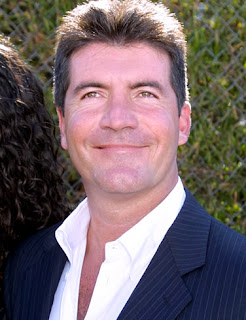 Until Edwardian times, the freak show was a standard part of the entertainment scene. Not, admittedly, a high class part - but perfectly respectable. Since then we moved away from the freak show on the intellectual argument that it is degrading for those involved. But you don't make an entertainment that appeals to the gut lose its appeal by intellectualizing. And this is clearly something Simon Cowell understands as he has had a huge influence on bringing the freak show to prime time TV.

Cowell's X-Factor and Britain's Got Talent (or US spin-offs American Idol and America's Got Talent) are primarily freak shows. You can argue (and no doubt Cowell would) that they're talent shows, and the beautiful performers who made it to last weekend's X-Factor final were anything but freaks, but this misunderstands the nature of the freak show. It was always important to put any freakiness alongside beauty and talent - the freak show is very much about contrast, about beauty and the beast. For many viewers, the early auditions of these shows are more engaging than the talent-led finals - because that's where you get the real oddballs.

Perhaps the ultimate case in point is the huge success of Susan Boyle from Britain's Got Talent. She has a good voice - I'm not trying to take that away. But it's no better than that of thousands of classically trained singers. Literally thousands. What has propelled Boyle into having vast numbers of YouTube hits and an album that topped the charts is her appearance and her limitations. It's the contrast - the whole raison d'etre of the freak show.

I can't really dislike Simon Cowell for this. He is just giving the punters the bread and circuses they want. But it's a shame that in 100 years we haven't managed to move our aversion to the freak show from the head to the gut.
entertainment freaks talent shows TV