Should you buy a self-published book? 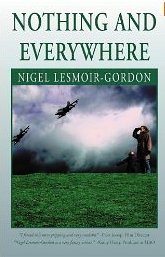 Once upon a time you knew, on the whole, that if a book had been published (unless it was written by a celebrity) that it would be of a certain quality, because the whole of the publisher's might from copy editing to proof reading had been applied to it. Of course there were always the products of vanity publishing, but you ignored those by the plague.

I certainly wouldn't totally ignore self-published books. Think of the parallel with jams. I could always buy Bon Maman, and be sure I was getting the same high standards all the time. But equally I could pick up something at a farmer's market, lovingly crafted that may well taste much better. Or could have gone off. Or could have a dead mouse in it. The difference, I suppose, is that it is much harder to write and edit a good book than it is produce a good jam... yet many more people think they can write a book than think they can make jam.

I get bombarded with suggestions for self-published books to be reviewed on www.popularscience.co.uk but I ignore 95 percent of these. One or two do catch my fancy, though. I very much enjoyed The Rocketbelt Caper, which subsequently became a real published book. And most recently I have been sent Nothing and Anywhere, a novel by Nigel Lesmoir-Gordon, which I was told had enough maths content in it to make it worth considering for the site.

In the end, I didn't include the book on Popular Science because it really doesn't have enough science/maths content to be appropriate, but I do feel it is worth commenting on it here. I love edgy real world fantasies like those of Neil Gaiman, and the opening section of the novel, which is the best part, has that kind of feel - it reminded me a little of Gaiman's Neverwhere, not just because of the title but also because of the strange visitors and the way the main character is plunged into a confusing and life-changing world. Other aspects of the novel - particularly the big set piece attack on a Scottish castle and the very random conversations about favourite pieces of music and the like (a little self-indulgent, I'm afraid) - didn't work so well.

Overall, though, I felt it was a book I was glad that I had read. I was conscious throughout that it could have been a lot better if it had been well edited, but it had a raw enthuasiasm. This very much echoes my experience of reading two other self published novels - Alice Turing's Dance Your Way to Psychic Sex and Henry Gee's gothic By the Sea. I enjoyed the read, even though the experience was a little bumpy in places.

So my conclusion? You have to be very selective. I really need to be sold on a self-published book before I take a look at it. But it is worth dipping a toe into the water. After all, some of those homemade jams really are delicious.