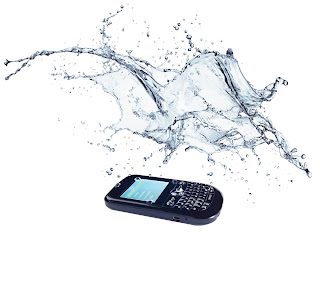 One of the great rites of passage of childhood was the loss of innocence provided by the waterproof watch.  Back in the 1960s there was much less care with the meaning of such terms and many a proud owner of a 'waterproof' watch emerged from a first venture into the sea or swimming pool to discover that their prize possession was full of water. I can still remember that feeling of horror.

Now there are much tighter restrictions over the use of the term 'waterproof.' That’s not a bad thing - but it brings up the confusing distinction between devices that are waterproof and those that are water repellent. There can be no doubt that with mobile phones and other portable electronics playing an ever more important role in our lives, we want to prevent our gadgets from being damaged by water. You only have to see the contortions of someone using a phone outside in the rain while trying to keep it dry to see the importance of this. But what protection do the two categories provide?

The sceptical buyer might observe that a waterproof phone keeps water out while a water repellent one... doesn't. Even though there is an element of truth in this, it doesn't mean that waterproofing is necessarily the best answer to the problem of keeping your mobile device safe.

Waterproofing attempts to keep water out by using an outer casing that prevents water (or other liquids) coming into contact with anything inside the device that the water could damage. Typically such damage would either involve the water itself shorting out a circuit, or the more long-lasting threat of corrosion wrecking components or leaving deposits which form a permanent short circuit. At its most crude, waterproofing involves putting an object into a totally enclosed casing. This is the kind of waterproofing we expect from a car or a building. But unless you are a tortoise, carrying your house around with you is an unnecessary burden. And the same goes for waterproof shells for phones and other electronic devices.

Take a look at a traditionally waterproofed phone and you'll see something that could have come out of a Fisher Price catalogue. Leaving aside the designers' strange affection for making waterproof casings bright yellow, they make the most sophisticated, elegant pieces of mobile technology seem clunky and difficult to use. But the latest waterproof phones are quite different. They rely on a seal - either a gasket or an o-ring - to stop water getting into a conventionally styled casing. This takes away the need for the clumsy outer shell but brings a new problem. As NASA discovered with the Challenger shuttle disaster, caused by a failing o-ring, such seals always have the potential to deteriorate. They have to be perfectly positioned and can be compromised if anything gets between the seal and the casing. Not to mention that this form of waterproofing can add considerably to the manufacturing cost.

This is where water repellent comes in. Waterproofing involves a constant struggle to prevent water getting into the interior of a phone. Water repellent takes a more lateral thinking approach, recognising it is going to be difficult to keep 100 percent of the water out. Instead, the idea is to prevent any water that does get in from doing damage. 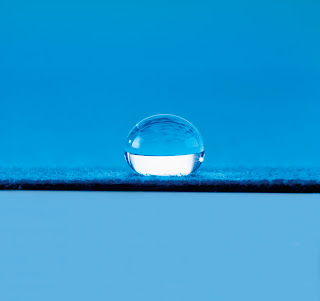 This is achieved in two ways. One is to make it easy for water to escape. A water repellent phone must be anything but waterproof. The second is to apply a coating like P2i's Aridion that stops water from hanging around. Such materials are hydrophobic - essentially they ensure the water is more attracted to itself at a molecular level, than the surfaces of the phone. Traditionally such coatings have not been practical to apply to the inside circuitry during manufacturing, and were too thick, stopping flow of electricity. But the new breed of water repellent materials are bonded to the surface of the phone at a molecular level in a process that can coat an assembled device inside and out.

Water repellency won't enable a phone to keep working during a scuba diving expedition. But it does mean that a device can be used safely in the rain and can stand up to the kind of brief dunk in the bath or toilet that is the nemesis of so many mobile phones and MP3 players. And this protection does not require a clumsy outer casing, nor a redesign to incorporate a gasket or o-ring that always has the potential to be a weak spot. You will routinely find water repellent phones mislabelled 'waterproof' in the media, but if anything, for the general user who doesn't need a ruggedized model, the subtlety of water repellency is the better choice.