It'll be a corkscrew next 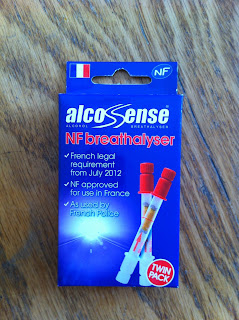 We drive over to France at least once a year. It's a lovely place to visit and the roads are much nicer to drive on than ours. But I am getting a little tired of the game played by the French authorities where each time you go, they think of a new thing you have to carry in the car.

So I've been thinking about what next year's imposition might be. And I reckon it will be a corkscrew. You will be fined if you don't have a corkscrew in the car. This is partly because it is unFrench not to be able to open a bottle of wine at any time at a moment's notice, and partly because that way you are more likely to need the breathalysers.

However, just for once, I won't have to make a panic buy at the Shuttle terminal when I see the latest sign at the AA shop telling you what you must have in the car to avoid being hauled off to the chokey. You see, my trusty Swiss army knife already has a corkscrew on board. So there, French police! I'm ready for you.