What price being offended? 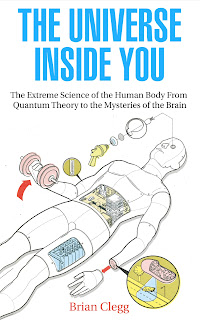 There's a nice game used by economists and psychologists to help understand human decision making that I investigated for The Universe Inside You called the ultimatum game.

In it you and a second person are asked to make a decision about some money. The two of you mustn’t discuss your decision in any way. You are given £1 (say) to share. There are no strings attached, it is a genuine gift, you simply have a decision to make before the money is given to you.

The other person decides how the money is split between you. They can split it however they like. The money can be split 50:50, they can keep all the money to themselves, or they can give you a penny and keep the rest… or split it any other way they like between the two of you. You then say either ‘Yes’ and the two of you will get the money, split between you the way the other person decided, or ‘No’ in which case neither of you gets any money. There can be no discussion between the two of you.

This game has been undertaken many times in many circumstances. The logical thing for the person in your place to do is to say ‘Yes’ as long as the first person gives you something. Anything. Even if you’re only offered a penny, it’s money for nothing. In practice, though, the person in your place tends to say ‘No’ unless they get what they regard as a fair proportion of the money.

What counts as a fair proportion varies from considerably from culture to culture. Some will accept as low as 15 percent, others expect a full 50 percent – but in Europe and the US we tend to expect around 30 percent or more before saying ‘Yes’.

What the experiment shows is that we consider trust and fairness worth paying for. We are willing to lose money in exchange for putting things right. If human logic were based purely on economics, then this just doesn’t make sense. You always should take the money. But your brain makes decisions based on a much more complex mix of factors than finance alone.

This is not to say that finance doesn’t have a significant input into decision making - and any psychologist who expects a Western player always to demand 30% or more hasn't really thought this through. If, for example, a billionaire decided to play this game, and offered a total stake of ten million pounds, the chances are that you would accept being offered just one percent - £100,000. Unless you are extremely rich yourself, that is just too life changing an amount of cash to turn it down to teach someone a lesson and punish their lack of fairness. You would swallow your pride, ignore the psychologists and take the one percent cut.

It’s an interesting exercise to think to yourself just how little you would accept in such circumstances. Where between £100,000 and £1 (which most people would reject) would you draw the line on a ten million pound split? (Please do add a comment and tell me). I think I might cave in for as little as £50 - but then I'm cheap.