It's time radiation stopped being a scare story 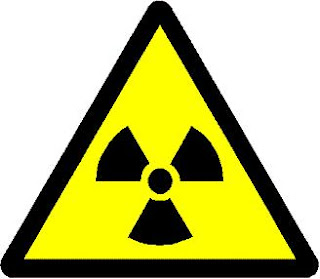 I am appalled, if not surprised, by the reporting of the problems at the Fukushima nuclear power station in Japan.

I ought to begin by saying that I'm not playing down the significance of the incident (although it is tiny in comparison with the impact of the earthquake and Tsunami on the country). It was a serious event, and it shows that this kind of reactor, which doesn't self-damp when left to its own resources like modern reactors, should be phased out as quickly as possibly and should never have been used in an earthquake zone.

However, what really gets to me is the way radiation itself is reported. We are told that radiation levels somewhere have increased - but how much? And what does that increase mean in context? The reason these questions are so important is that exposure to radiation is a perfectly normal part of everyday life. It's bad for you, it's true - but lots of natural things are. Even if you sat in a box that totally isolated you from every drop of radiation in the world, your body would still be subject to a radiation level that has a potential to cause damage. This radiation comes from inside you - every one of us is naturally radioactive.

More significant, the places we live in are exposed to a considerable amount of natural radiation all the time, and this is why it's so important to have numbers and context, not just 'radiation levels have increased'. (I ought to stress that there is absolutely no difference between 'natural' radiation and radiation from nuclear power plants. It is exactly the same thing. Being 'natural' doesn't make it safe.)

Just imagine, for example, there has been a nuclear accident near London with a significant leak of radiation. News headlines are screaming that radiation levels have increased by 100% over normal background radiation - this is a much higher increase than has mostly been the case in Japan. Not surprisingly, people would leave London in droves. And because we are so wary of radiation, they may well try to get a good distance away. We could imagine City folk heading for that little bolt hole they've got in Cornwall, where they will feel safe and smug that unlike the plebs they can get away from the threat.

Without making it clear how large the radiation increase is, and how this compares with natural variations in radiation levels that we ignore as a matter of course, the news media are being highly irresponsible in their reporting.