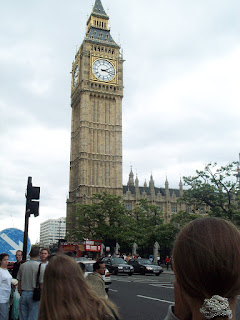 Do our Members of Parliament get on-the-job training? I hope so. After all, these people were, until the election, doing perfectly ordinary jobs, then all of a sudden they are making decisions about foreign policy or education or science. I'm afraid it's not enough that 'common sense' prevails - because common sense is often demonstrably wrong.

So what's the alternative? If there isn't already, I think there should be compulsorary training, perhaps one day a week during the parliamentary term, and full time during parliamentary recesses. (We'll allow them 25 days annual leave.) This could cover a wide range of foundation topics, but obviously anyone getting a departmental post (however junior) should have a crash course in the appropriate subject.

Perhaps then if an MP tried to drum up support for (say) public funding of homeopathy, or demonstrably didn't understand the mechanisms of nuclear fusion and fission as applied to future power plants they could be given emergency tutoring - and if necessary, be failed for the job. Let's face it, in every other job we realize there will be some failures. We have mechanisms for measuring the performance of a teacher or a doctor and saying they should be thrown out if they aren't up to the job. Similarly, if MPs don't pass the appropriate tests they should be replaced with someone who can.

Is this elitist? Going against the will of the people? Not at all. Those people who voted for them presumably wouldn't have done so if they knew their MPs would be incompetent. This is just making sure that the people in charge are up to the job. Do you really want such people running the country?