An engaged author is a happy author 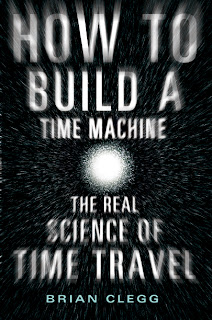 I've had a fair few books published by a fair few publishers (not because I'm fickle, but because different books suit different publishers). In that time I've experienced a whole spectrum of ways that publishers interact with authors, from the awful to the brilliant.

At the awful end are those publishers that expect the only interaction to be a contract, a manuscript, proof checking and royalty statements. As far as they are concerned, the author is like a chicken that lays an egg. Why should they consult the chicken on omelette recipes?

At the other extreme, thankfully occupied by my current publishers, are companies that realize two things. First that the author has a lot to offer besides writing the book. And second that keeping an author informed makes them happy bunnies. So, for example, I am often involved in writing the blurb to go on the back and in publicity campaigns. I'm kept up to date on sales and where foreign rights deals have been struck. Another example of that involvement is with covers. My next book for my US publisher, St Martin's Press, due out in December, is called How to Build a Time Machine. They sent me a suggestion for the cover which looked very nice, but I pointed out that a lot of my covers are based on a black background (see above), and the only problem is that these covers really don't stand out on the shelf. The emphasis on black makes them disappear when they are face-on.

Before you can say 'Subtle hint to the designer,' they had come back with the cover on a blue background, which still works well as far as contrast, but will have a lot more 'Look at me!' impact on the shelf.

Similarly, at the moment, I am in the middle of discussions on covers for the paperback version of Inflight Science and another proposed title. The publisher, Icon Books hasn't just stormed in with a design, they are asking me for input. Even if they take no notice of this, it makes me feel involved. Knowing what's going on and having some input is essential to a good business relationship.

It is increasingly recognized that authors are a key part of the marketing structure for a book. You can't leave it to the publicist and marketing person alone, however good they are. If authors feels they are involved in the whole process, they are going to contribute a lot more. As long as publishers can change their mindset from seeing this as being interfering or not an author's business to being a useful partnership they can surely only benefit.