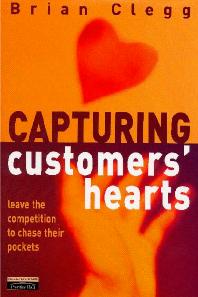 In my book Capturing Customers' Hearts I emphasize how important recovery is. It's not good enough to give excellent day-to-day customer service, when things go wrong (and sometimes they will) you have to be able to recover from the problem in a way that leaves the customer thinking you are brilliant. And it's entirely possible to do so if you go about it the right way.

I've just had a great example of how not to do it at Asda. Asda (the UK Walmart) is generally on top of its day-to-day service standards. Its staff are amongst the most helpful in any UK supermarket. However they clearly haven't been trained to cope with things going wrong and to make the most of the situation. This became clear when at approximately 13.22 yesterday their EPOS system went down in our local superstore. Every single till, human-operated and automatic, stopped working.

First failing: it took too long to get announcements out about what was happening. And they ought to have got an extra person on each till lane immediately to manage the irritated queues, preferably with a nice tin of sweets.

Second failing: the system came back pretty quickly on the operative tills, but the self-checkouts got confused. In the lane of six where I was trying to check out, three of the tills (including mine) decided to reboot, two froze just after apparently taking payment but without issuing a receipt or confirmation of payment and one continued operating normally. Here there were multiple failings:

This is top of the head stuff. There's more they could have done. But the main problem is that the staff had no training in what to do if things did go wrong, nor any discretion to sort the problem out. Without those two keys there is no good recovery, and customer service goes down the plughole.