How to build a Star Trek transporter 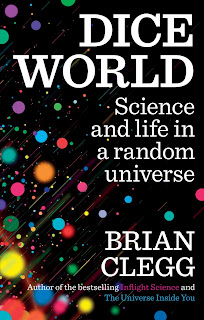 Randomness and probability are at the heart of my book Dice World and they are also fundamental to quantum theory, which is why I spend some time on the subject in the book. One of my favourite aspects of quantum theory is quantum entanglement (I wrote The God Effect on the subject), which is responsible for a number of interesting technical developments including a small-scale version of the Star Trek transporter.

Think for a moment of what’s involved in such a technology. On Star Trek, the transporter appears to scan an object or person, then transfers them to a different location. This was done on the TV show to avoid the cost of the expensive model work that was required at the time, before the existence of CGI, to show a shuttle landing on a planet’s surface. But it bears a striking resemblance to something that is possible using entanglement.


To make a transporter work, we would have to scan every particle in a person, then to recreate those particles at a different location. There are two levels of problem with this. One is an engineering problem. There are huge numbers of atoms in a human body – around 7 × 1027 (where 1027 is 1 with 27 zeros following it). Imagine you could process a trillion atoms a second. That’s pretty nippy. But it would still take you 7 × 1015 seconds to scan a whole person. Or to put it another way, around 2 × 108 years. 200 million years to scan a single person. Enough to try the patience even of Mr Spock.

Assuming, though, we could get over that hurdle – or only wanted to transport something very small like a virus – there is a more fundamental barrier. What you need to do to make a perfect copy of something is to discover the exact state of each particle in it. But when you examine a quantum particle, the very act of making a measurement changes it so that you can't make a copy. It isn’t possible to simply measure up the properties of a particle and reproduce it. However, quantum teleportation gives us a get-out clause.

There is a slightly fiddly process using entanglement that means we can take the quantum state of one particle and apply it to another particle at a different location. The second particle becomes exactly what the first particle had been in terms of its quantum properties. But we never discover what the values are. The entanglement transfers them without us ever making a measurement. Entanglement makes the impossible possible. This has been demonstrated many times in experiments that range from simple measurements in a laboratory to a demonstration that used entanglement to carry encrypted data across the city of Vienna.

Even if we were able to get around the scanning scale problem, though, it’s hard to imagine many people would decide to abandon cars or planes and use a quantum teleporter for commuting. Bear in mind exactly what is happening here. The scanner will transfer the exact quantum state of each particle in your body to other particles at the receiving station. The result will be an absolutely perfect copy of your body. It will be physically indistinguishable, down to the chemical and electrical states of every atom inside it. It will have your memories and will be thinking the same thoughts. But in the process of stripping those quantum properties, every atom of your body will have been scrambled. You will be entirely destroyed in the process. As far as the world is concerned you will still exist at the remote location – but the original ‘you’ will be disintegrated.

I think I'll stick with the train.